Rose Hill Golf Club, based in the Lickeys, climbs to new heights

The club, which was established in 1921 and is based at Lickey Hills Golf Course, played throughout the season against other Midlands sides to get the chance to represent the region.

For they first time they managed to get four of their teams into NAPGC (National Association of Public courses) national finals in Daventry, with a wide range of ages, genders and handicaps shining.

The Seniors (over 55s) finished a very credible fourth in the Mitchell Thompson Trophy and in the Siemens trophy (for players with handicap of 16 to 28) the team, playing betterball format, shot a very credible 153 points equalling nine under par. They narrowly missed out on defending their 2018 title by a mere three points. 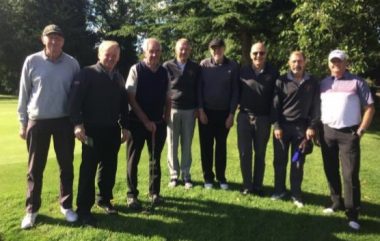 The club struck gold in the Hawtree Trophy and Clapham Common Shield.

In the Hawtree Trophy, an eight-person mixed event (greensomes format), the team of four women and four men played some excellent and consistent golf to shoot level par and take the title by seven shots. This meant the club defended the title it won last year and, in claiming it for a tenth time, became the most successful club of all time in that contest. 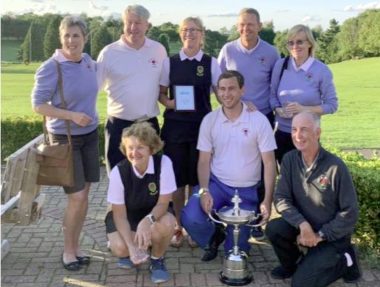 The next day the Clapham Team (for 18 and below handicappers) manged to win a second trophy for the club. 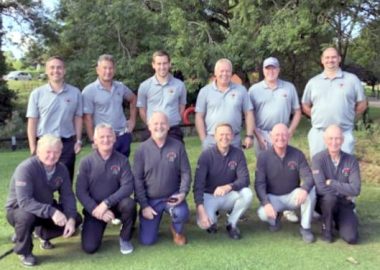 The team of 12 – six pairs again playing greensomes – delivered an almost carbon copy performance of the day before, finishing level par. It came down to the last score with Royal Epping GC needing their final pair to equal the best score of the day with 43 points, but they could only manage 31 giving Rose Hill a win by a clear 11 points. This was the eighth time in the club’s history the title has been won (the last being in 1987) again a record in the competition.

Captain Stuart said: “For us to get four teams that range through all the sections of our club to the finals and follow up on last year’s success was incredible enough but for us to bring home two titles just shows the great spirit and mentality shared throughout Rose Hill GC.

“For a relatively small club we always strive to give our best and represent the club well and I think we have achieved that this weekend.”