A GROUP of Waseley Hills High School students proved they had the ‘write stuff’ when their ‘Blue’ anthology was published through Amazon’s Young Author Project, writes Ben Tolley.

The book, named after the tale penned by year ten pupil Fraser Sutherland, features work by 29 students aged between 11 and 18.

Parents attended an official book launch in the school library where some pupils shared their stories to the small audience.

Jenny Darley and Daisy Gibbons from year seven were among those taking part in the project.

Jenny said: “We had fun writing it together and found it good practice for our writing skills.

Daisy added: “We like the fact we are actual published writers.” 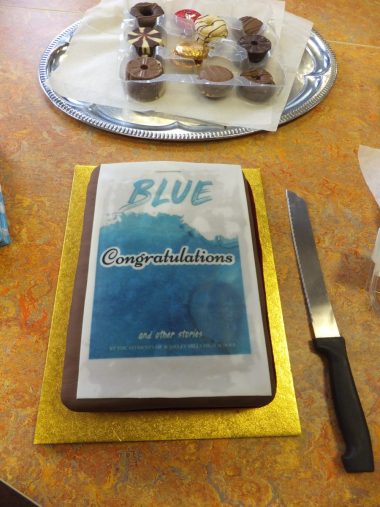 The project, which aims to empower young writers, was run by English teacher Jill Horton.

She said she was impressed by the quality of the stories the pupils produced and would definitely be running the project again in the future.