Val features in Cancer Research UK's TV ad after raising £30,000 in memory of her mum

A FUND-RAISER who has helped collect more than £30,000 for Cancer Research UK in memory of her mum is starring in the charity’s national TV campaign, writes Kirsty Card.

Val Breakwell, from Rednal, lost her mother Beryl Pulsford (pictured below) to breast cancer in 1985 when she was just 21 and has supported the work of Cancer Research UK for over 30 years. 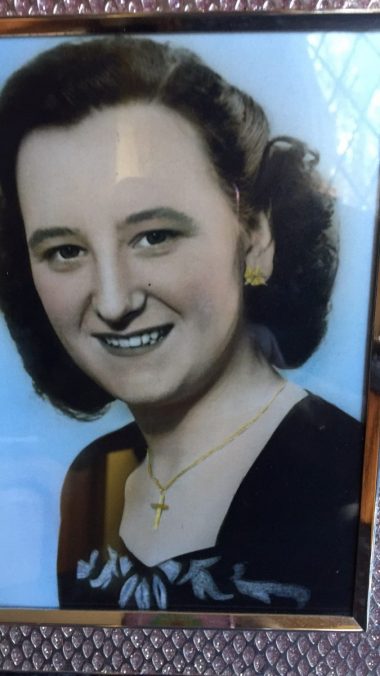 She is now part of the awareness campaign aimed at encouraging people from all walks of life to leave a gift in their will.

The Gift in Wills campaigns have funded more than a third of research towards better and more effective treatments.

Val said: “It was heartbreaking to lose my mum and still is to this day.

“I’m so passionate about finding cures for this horrible heart-breaking disease and have been raising funds ever since.

“I believe supporting Cancer Research UK’s vital work is the best way to do this.

“I have seen the advances that have been made in research and I believe that if my mum had been diagnosed now she would have had a much better chance of surviving.”

Val who raised the funds through the Hawthorns Social Club in Rubery appears alongside doctors, nurses and scientists who work on finding cures and supporting those diagnosed with cancer.

She added: “I want the money donated during my lifetime to do something everlasting.

“It is my hope that by pledging to leave the charity a legacy in my will, my gift and others will mean that one day no family will have to go through what ours did and that no other 21 year old has to lose their beloved mother to cancer.”

Last year, Cancer Research UK spent more than £10million in the West Midlands of some of the UK’s leading scientific and clinical research.

CRUK’s West Midlands spokesperson Jane Redman said thanks to research more people were surviving cancer but there was still more to do.

“We hope Val commitment inspires as many people as possible to consider leaving legacy to charity.”

Two arrested after stinger brings car to a stop in Northfield