TWO drivers crashed on the M42 in north Worcestershire yesterday where surface water posed challenging conditions for motorists and there was also a car fire.

In both crashes the drivers lost control and the cars ended up facing the wrong direction. 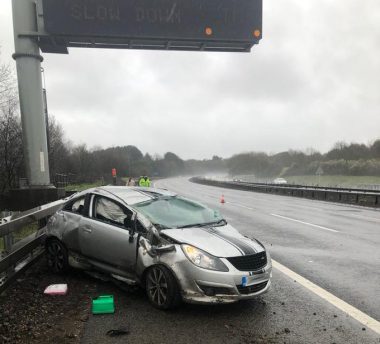 West Mercia Police and crews from Bromsgrove and Droitwich attended both collisions and made the vehicles safe.

Then around 4pm there was a car fire between Junction 1 and 2 (Lickey End and Alvechurch).

Firefighters from Bromsgrove and Redditch attended again and used a water jet to extinguish the blaze.

Two lanes were closed and a man suffering smoke inhalation was checked over by paramedics.