A MUCH-LOVED and popular businessman from Bromsgrove’s Bumble Hole Foods has died.

David Hewston passed away last Saturday at the age of 76 after suffering with Parkinson’s Disease for the last six years.

After overcoming this, David went on to develop other Parkinson’s related complications.

He died comfortably at Rashwood nursing home, surrounded by his family. 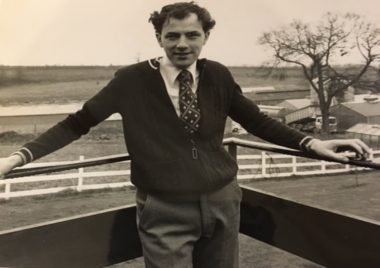 He bought some land at Bumble Hole Lane in Bournheath, Bromsgrove in 1963, when he moved from the family house at Old Birmingham Road, Marlbrook.

This eventually became the well-known and respected business it is today.

A spokesperson for the family firm said: “Throughout his life, David worked tirelessly to develop Bumble Hole Foods into one of the most respected egg companies in the UK, and it now employs over 80 people.

“He will be sorely missed by family, friends and everyone who was lucky enough to know him.”

David’s funeral will be at 12.30pm on Monday, February 17, at Redditch Crematorium.

It will be followed by a celebration of his life at Chateau Impney hotel.