BLACKWELL Concert Band has ensured its members can still make music together, despite the lockdown, by taking performances online.

Each musician plays and records their own parts of various songs and then they are all stitched together, using digital editing software.

And the community band wants to continue its recruitment during the Coronavirus pandemic, urging anyone interested to get in touch.

Blackwell Concert Band, which usually practises at Catshill Methodist Hall every Thursday evening, has members aged between 12 and 88.

It has not met since March 12, as the restrictions came in shortly after that.

Chairman Tim Stock said: “We don’t know when we’ll be able to meet up again and most of our concerts are in doubt, including our particular favourite, Sanders Park on a Sunday afternoon.

“For our latest project, we’ve recorded a real band favourite Singin’ in the Rain.

“It is also one of conductor Jack Martin’s favourite pieces, featuring frequently in our concerts and on our band tour last year.” 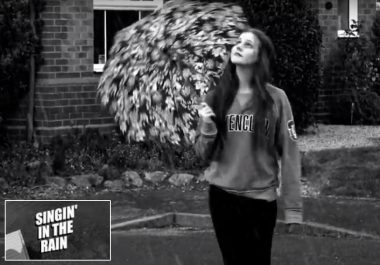 Among those featuring prominently in the video are clarinet player Amy Wicks, who is 16 and attends South Bromsgrove High School.

She studied and learned the Gene Kelly tap routine and performed it flawlessly.

Amy’s mum Jane also plays clarinet in the band, her dad Simon plays percussion and her brother Sam – when he is not at university – plays baritone saxophone.

Here is the video put together by the band’s percussion player Tom Jude and trumpet player Tim Stock.

Last week, the band produced this version of Gangnam Style, another band favourite and had fun trying to recreate the dance –