THE OWNER of a popular cafe in Rubery has announced it will not be reopening again after the lockdown.

Polly Put the Kettle On was due to be celebrating its five year anniversary in the village around now and back in February had put together plans to celebrate in style with a 1920s celebration. 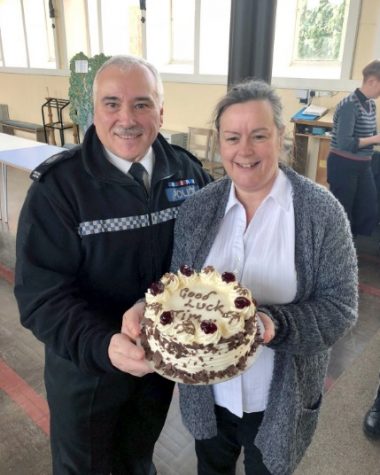 Tim Burling and Susan O’Leary from Polly Put the Kettle On. s

Owner Susan O’Leary said her health had been quite bad since Christmas, resulting in her having to take time off.

She praised Nick Husband for his help, along with her mum and loyal staff who kept the shop open as usual but she said she received a letter before Christmas saying her lease would not be renewed when it ran out in February next year.

“I have met some amazing people who have not only worked with me but have been a very valuable part of ‘Team Polly’ as we have grown together – I couldn’t have gotten through this without them.

“I had been considering looking for new premises so I could keep my business local – who knew that Covid 19 was around the corner.

“After lockdown was announced at the end of March, we had to comply and as time has gone on, I have doubted if we would reopen the longer we stay shut the less time and money I have before February 2021 when my lease runs out. 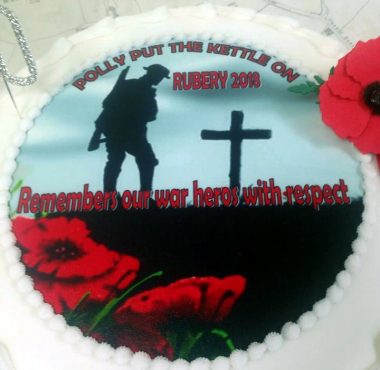 “Anyone who knows our shop will know the limited space we have to comply with the distancing and also for my customers, staff and myself to be safe.

“And so took this hardest decision I have ever had to make.”

Susan said she felt deflated to begin with, having built up her business to be a success with the backing of the village’s friendly community.

“Over time we have had customers become lifelong friends – from older people aged up to 99, children as young as three days and many more in between from far and wide.”

She said she was also proud of the cafe’s charity Polly’s Precious Moments where family and friends of a terminally ill person could enjoy afternoon tea free of charge, thanks to people’s kind donations to the cause. 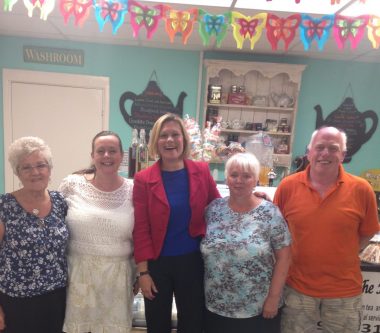 “Through this I met some very special people who still make a impact on my life to this day.”

Among the other highlights were the celebrations and commemorations – from royal births and weddings to Easter, Christmas, St George’s Day, Valentine’s Day, Mother’s Day, Halloween and Remembrance Sunday.

And with those special occasions came a string of best-dressed window awards as Susan and her team rose to the challenge.

The cafe was also featured on the BBC TV show ‘Put Your Money Where Your Mouth Is’, was mentioned in funeral services as people’s favourite cafe and welcomed the Chancellor of the Exchequer for tea on numerous occasions when Bromsgrove MP Sajid Javid held the role. 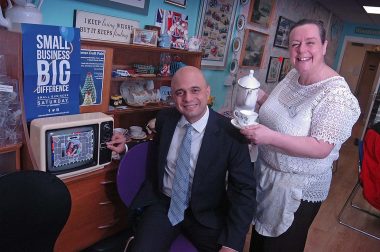 Susan, whose main claim to fame is making Prince Charles’ 40th birthday cake, said owning the cafe was her dream.

She battled breast cancer when she was 39 but kept going and after her horrendous treatment she kept going and became ‘Polly’ from Polly Put the Kettle On.

“It’s given me a purpose in life to be here, to open daily, to work all the hours at Christmas making mince pies, Sunday parties and late nights.

“We have been part of people’s celebrations from birthdays to baby showers, hen parties, weddings and funerals – it has been an honour and a privilege.

“Being the owner of Polly Put the Kettle On has been a remarkable experience that will always stay a part of me.