Rubery In Bloom - looking ahead to another 'bloomin' great' year

RUBERY in Bloom which has been going for six and seven years is looking forward to another ‘bloomin’ great’ year in 2019.

The scheme, which has seen 156 boxes put across both the Beacon and Waseley sides of the village, was awarded the ‘level 5 – Outstanding’ rating by Heart of England in Bloom for the fourth year in a row.

Lorna Ockendon, Rubery in Bloom committee chairman, has praised the whole community for the way it has taken to the scheme, including students from Waseley Hills High School.

“A lot of our members are retired so what we need is young knees and the lower sixth-form last year who are now the upper-sixth were fantastic.

“They are a delight to work with – so enthusiastic.”

The wooden boxes also need refurbishing and the young people from the school helped out with that too.

“Many hands make light work so we were so glad of the help,” added Lorna. 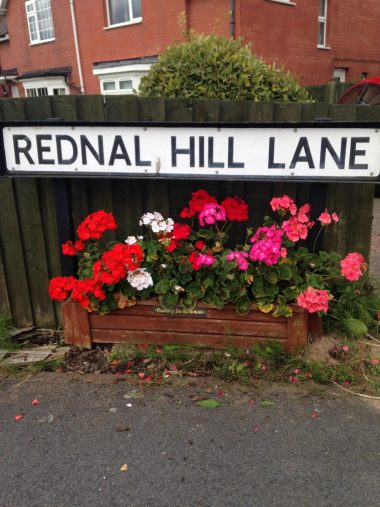 Because the volunteers – around 150 – come from right across the village, Lorna added she felt the scheme had brought people together.

“We have similar numbers from the Waseley and Beacon wards so it is a real community efforts.

“Also in the six to seven years we have operated, we have only had two plants and one box stolen and one box broken which shows just how much the Rubery community respects what we are doing.”

“Despite the heat and draught we didn’t lose one flower and that was testament to all the people who live near the boxes and watered them regularly.

“The verges were yellow and dying but the Rubery in Bloom boxes were bright and colourful.”

2018 was also a special one for the campaign with the creation of the Poppy Patch to mark the centenary of the end of the First World War.

The plot was in a prime and perfect position – opposite the village’s war memorial – and when it flowered it did the group’s efforts proud.

“It was beyond my wildest dreams,” said Lorna. 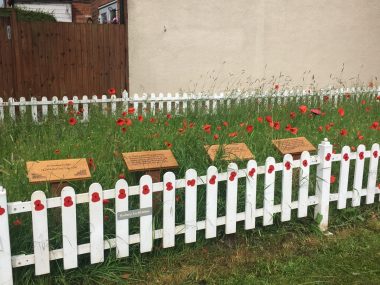 Although poppies flower in summer, months before Remembrance Sunday and Armistice Day, they were in full bloom for June 25 – Armed Forces Day, which was fitting. Poppies were also made by Waseley Hills High School students to put on the white perimeter fencing of the plot.

Lorna is hoping for another swathe of poppies this year.

Looking to the months ahead, the next stage for the campaign will see 800 geraniums planted out in May or June when the pansies have finished.

Fund-raising events, including a summer barbecue, are also being plotted.

Anyone interested in being part of Rubery in Bloom should email Lorna at lorna.ockendon@gmail.com for more information.