A PLUCKY pheasant hit by a car and sucked through the front grille on impact was incredibly found living under the vehicle’s bonnet eight days later.

The bird was discovered when a dog walker spotted feathers coming from the parked car after his pet took a keen interest in what was under the bonnet. 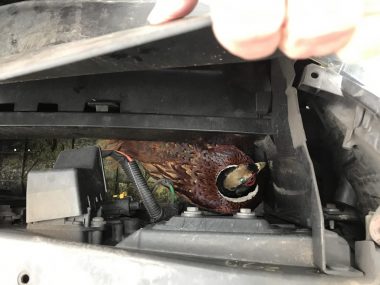 The RSPCA traced the vehicle’s owner Paul Goble who lives in a nearby house in Lickey Road, Rednal.

When the bonnet was opened it transpired the bird had been in the small area behind the grille for eight days.

Insp Emily Cheeseman, who was sent to rescue the bird, said Paul and his wife Lesley were gobsmacked when the bird was found and realised it was from an incident over a week before.”

They were in Worcester when they hit the bird and had stopped the car to have a look around but, after only seeing a few feathers, assumed it had flown off so continued on their journey.

Emily added: “It was only by chance this dog sniffed out the bird that it was discovered – miraculously still alive.” 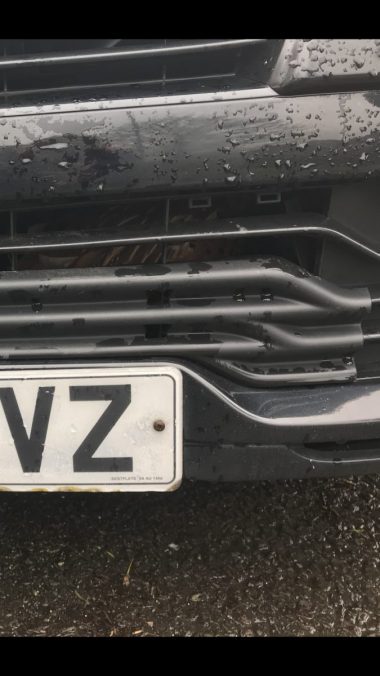 Paul helped her release the bird by taking off some bolts and wrenching up the casing.

Emily added: “Then I saw the bird walking about in the sealed unit near the front bumper of the car and was able to safely grab it and it appeared completely unscathed from the ordeal – which is unbelievable really.”

Emily took the bird for veterinary treatment at a wildlife centre.

He was found to be in good health but was dehydrated – and after a few days of care he was released back into the wild.

She added: “For the bird to survive the impact and then to be sucked through the grille, then live happily with no injuries for over a week is just amazing.

“I am just so pleased the dog was able to sniff him out and we had a happy ending.”

Paul said: “I am just glad after the rescue he was okay and is now back in the wild.” 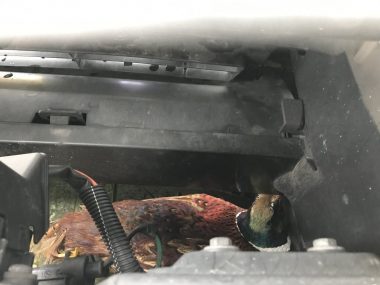 The RSPCA has launched its emergency appeal – supported by comedian Ricky Gervais – to keep its rescue teams out on the frontline saving animals through the Coronavirus crisis.