A HAGLEY councillor has slammed West Midlands Railway over the parking charges at the village’s station which he said had led to more drivers leaving their cars in residential streets and shopping areas.

Coun Steve Colella said the lives of people living near the station were being made a misery and the move had done nothing to encourage people to leave their cars at home and get public transport instead.

“West Midlands Railway has put extra costs onto commuters and many of them will not have had pay increases to offset the charges.” 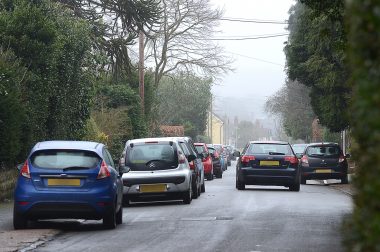 Station charges are having a knock on effect on residential areas. Picture by Marcus Mingins 0520019MMR2

And he said, while some had found alternative spaces in residential streets, there would be others who have driven miles to different stations where there were no charges.

“Surely it would be better to get people on trains at the earliest available opportunity and then they will be paying more for their tickets.

“This situation is only going to get worse in the autumn when charges are introduced to Stourbridge Railway Station.”

He also laid some of the blame with the county council which he said had not developed an integrated transport strategy to combat climate change, reduce air pollutants and ease congestion on the commuter routes between Worcestershire and Birmingham.

Andy Camp, commercial director for West Midlands Railway, said the company was making significant investment in its car parks and it was only fair those who used them paid for their upkeep.

“With an annual car park season ticket the cost of parking for drivers is just £1.12 per day with a daily rate of £3.

“We are also undertaking a programme of work looking at how people travel to and from their local station and how we can make this part of their journey easier, greener and more affordable.”

“We work closely with commercial operators and community transport providers to help them to deliver an efficient, reliable passenger transport network which meets the needs of the Worcestershire’s residents to encourage patronage growth.

“This includes supporting integration at transport hubs including rail stations such as Hagley.”

“This is a West Midlands Railway issue.

“I agree while Stourbridge is free, charging at Hagley is ludicrous as people will just drive the extra way to avoid the charges.

“You either need to charge at every station or none at all.

“There also needs to be a more joined up approach with tickets combining parking and train fare at an attractive price which is cheaper than to go by car.”