WORK has been completed on the Co-op car park in Rubery which drivers had criticised for being dangerous when as it was full of potholes.

Motorists had expressed fears of damage being caused to their cars because of the number of craters in the area and the depth of some of them. 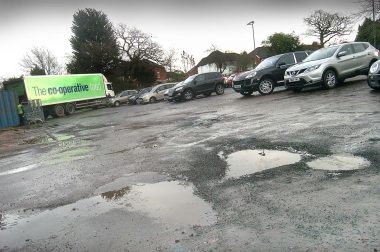 The car park at the rear of the Co-op in Rubery as it used to look before the resurfacing. Picture by Marcus Mingins 0419010MMR www.buyphotos247.com

And it was feared it would only get worse with the winter weather.

They got back in touch with her and confirmed the work would be carried out.

And this week we received this picture from the company.