PATSY Chandler will never forget her cousin Keith Richards, but the memories came flooding back when she attended a service to the British soldier killed – along with three of his comrades – by the IRA 40 years ago this week.

Patsy and Keith grew up together – his family lived in Beech Road in Sidemoor and Patsy’s in Catshill – only a year separated them in age. 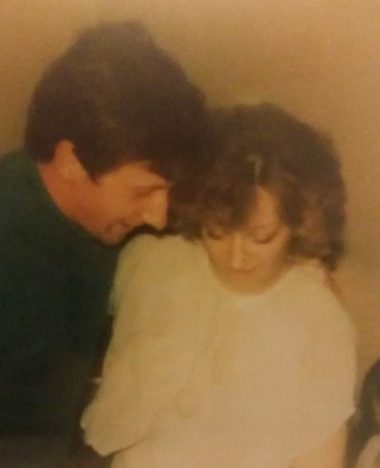 “We lived in a cottage in Catsill and they used to come up a lot and we’d go down to see them,” said Patsy.

“When were we were about 17 or 18 we used to go all over the place together – he was an absolutely smashing lad.”

Keith joined the Army, enlisting in the Royal Artillery and delighted in the military life.

“He was so proud to wear that uniform, it meant so much to him,” said Patsy.

“When he was at Larkhill, the main base for the artillery, he’d come home at the weekends and he’d catch the bus to Worcester.

“I’d pick him up and the first thing he wanted to do in Bromsgrove was go for a pint at the Coach and Horses.” 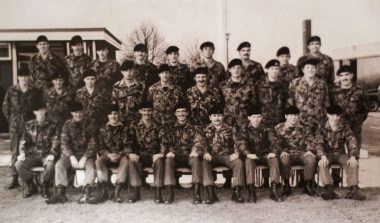 Keith made Lance Bombardier but on December 16, 1979 while on Land Rover patrol on the Ballygawley Road near Dungannon in County Tyrone his vehicle hit a landmine planted by the Irish Republican Army.

Keith, aged just 22, was killed in the blast along with his three comrades, Gunner Alan Ayrton, Gnr William Beck and Gnr Simon Evans.

The news shattered the lives of their families, but the years went by until Patsy was contacted out of the blue by former soldier Trevor Bennett who had served with Keith.

“He said there was a memorial service taking place at Larkhill and would I like to go, so I travelled down with two of my children,” said Patsy.

“My brother travelled up from Devon and Terry, Keith’s brother, came over from France.

“It was so moving – and speaking to his friends and colleagues they all said he was so proud to wear his uniform, and he was.”

Keith is buried in St John’s Church in Bromsgrove.