FIREFIGHTERS have been at the Lickey Hills Country Park all night and will remain there for the next 24 to 48 hours after yesterday’s devastating blaze.

The crew there is continuing the damping down process and be making sure it does not reignite. 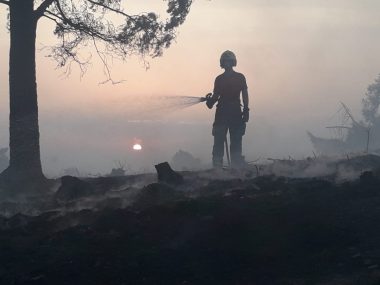 The fire started around 1.15pm in the area bordered to the south by Rose Hill, to the west by Eachway Lane and to the north and east by the B4120 and Leach Green Lane.

Hereford and Worcester Fire and Rescue Service received numerous calls from the public after the smoke could be seen billowing from the beauty spot. 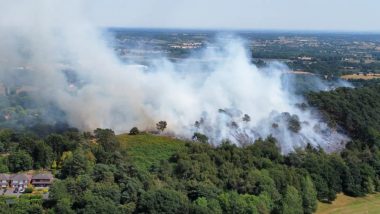 Seven fire engines were initially sent to the scene, including crews from Bromsgrove, Worcester and Redditch, along with West Midlands Fire Service’s from Northfield, Woodgate Valley and Kings Norton.

When it was clear the response was not strong enough to deal with the flames – which covered around 400sq m of land – an additional five fire crews were sent in. 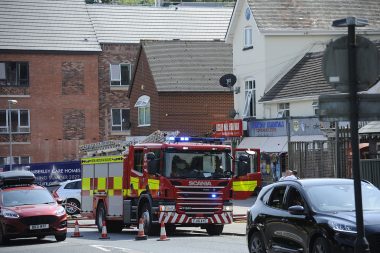 Click here to view footage of the fire on Facebook from Hereford and Worcester Fire and Rescue Service.

A total of 15 people, including four children, were evacuated from their homes off

Eachway Lane while those who could remain there were told to keep their doors and windows shut.

Prior to the warning, people living nearby reported their homes becoming smoke-logged.

Drivers and others were also warned to stay away from the area.

The fire was brought under control between 7pm and 8pm and the 15 people evacuated were allowed back into their homes. 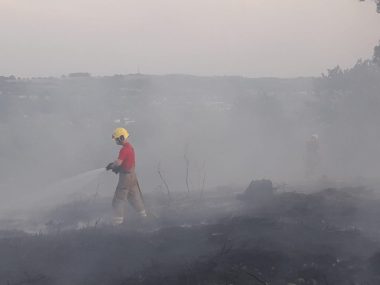 Fire crews which helped dampen down the ground included Leominster which posted the haunting picture at the top of this article.

The cause of the blaze is yet to be determined.