A SOCIALLY-distanced extravaganza of festive fun was enjoyed on Saturday when residents in Meadowfield Road in Rubery staged its own Christmas lights switch-on.

The event came after a tough year and a hugely successful VE Day commemoration back in June. 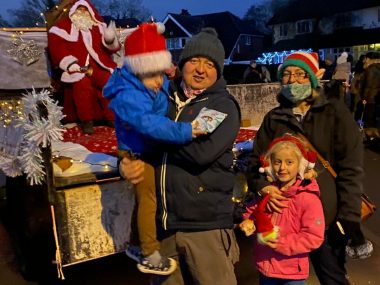 Children in the street were disappointed their annual trips to see Santa had been cancelled so Father Christmas came to them.

An art competition for youngsters resulted in no less than 20 winners with the youngest, Hector, at just two.

The man in the big red suit delivered all the winners’ prizes and his elf gave out sweets while Christmas classics were belted out on speakers throughout the road.

Residents said the road had many more Christmas lights than previous years and they were all simultaneously switched on at 4pm with an additional clap for carers. 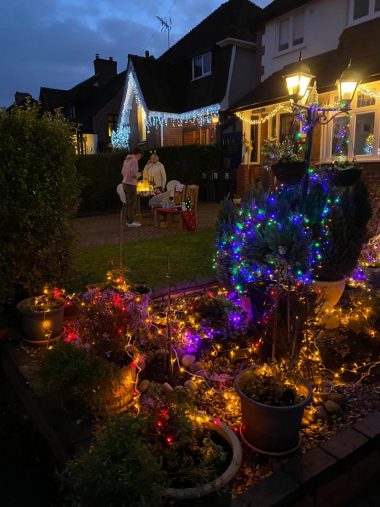 People then wandered to along the road – whilst observing social distancing – to pick up special surprises from neighbours who had made a whole host of items which were offered in return for a charity donation.

One resident Emma said: “Not only did we have a fab day but a handful of charities will be in receipt of some really lovely donations.

“In these difficult times charities appreciate every penny so as a road we are uber proud of ourselves.” 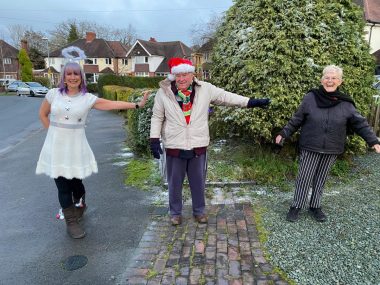 It will be split between Rubery in Bloom, Rubery Swap Shop and the Bromsgrove Foodbank (£143 each), Crusaders football team (£45), Kinglseigh House (£79.18) and £60 shared between Kemp Hospice and Cancer research.