BROMSGROVE paid tribute to those who fought in the Falklands War with a memorial service to mark the 40th anniversary of the day the conflict ended.

People gathered at Bromsgrove’s War Monument at Crown Close at 11.30am.

The town crier Kevin Ward read a copy of the Argentine surrender before the Union Flag was raised.

The exhortation was then read followed by a two-minute silence. 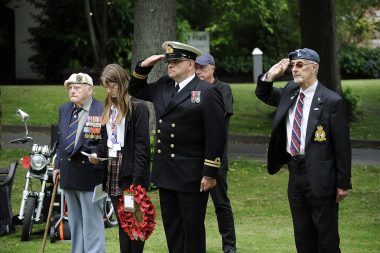 There was a substantial turnout for the service including eight veterans.

Rev Ray Khan then led those in attendance in a series of prayers before paying tribute to those on both sides who fought in the war. 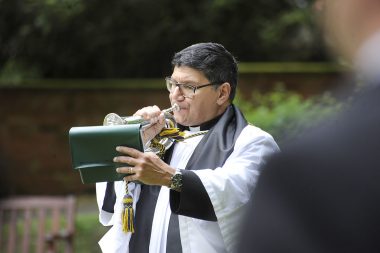 Four wreaths were then laid, with the army representative being Major Evans and the Navy wreath being laid by Second Lieutenant McClundy.

The RAF Association wreath was placed by Graham Kiteley while the fourth was given to Albert Malin, who at 96-year-old was the most senior veteran there.

He placed his wreath down along with a young girl who is the youngest member of the Bromsgrove Royal British Legion. 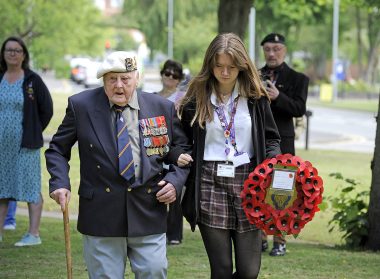 A woman who attended brought photographs that she had taken of monuments of the war in the Falklands when she travelled there.

These were placed on the war memorial.

Organiser Lee Kiteley said: “It was a glorious day and there was outstanding support for the event.

“It was great that so many veterans were able to show up and that we were able to mark the end of the Falklands War and the people on both sides in this way.”