THE OWNER of a historic house in Bromsgrove has hit out at thieves who stole hundreds of irreplaceable centuries-old bricks from the wall outside the property in broad daylight.

The incident happened between 9am and 12pm on Friday when the thieves took more than 200 beautiful red coping stones from the wall outside Woodcote Manor on the Kidderminster Road in Dodford, using a crowbar to lever them off.

They also targeted a similar wall belonging to the adjacent Greenhill Farm at the same time. 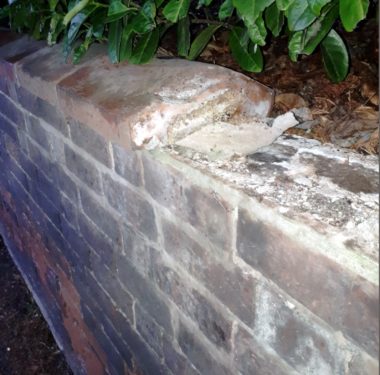 Then, to add insult to injury, the raiders returned at some point from yesterday lunchtime to this morning to take even more of the stones from Woodcote Manor’s wall.

Owner William Taylor said: “We have been here for more than 11 years and we have never had anything like this happen.”

He added because of the shear weight of the stones the thieves must have had a pick-up truck or a van to transport them in as a normal car would not have been able to cope with the load.

“There were big nobbly tyre tracks near where the stones were taken from so it must have been a big vehicle.

“I’m hoping there will have been someone driving past on Friday who has dash cam footage of the theft.” 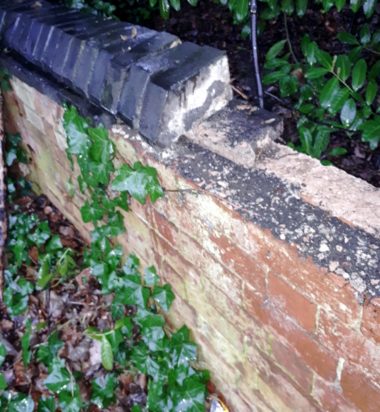 The front part of the building is Georgian and dates back to 1824 and the back part is even older, estimated to have been built 300 to 400 years ago.

The ‘Manor of Woodcote’ is mentioned in the Domesday Book and could date back as far as 1,000 years old. Back then it the structures on the site would have been wooden.

The police have confirmed officers are investigating both incidents and have urged any witnesses or anyone with any information or dash cam footage to call police on 101 or Crimestoppers on 0800 555 111.