THE CAMPAIGNER leading Keep Bromsgrove Beautiful was one of just three people in the country to receive a prestigious golden litter-picker at this year’s Great British Spring Clean (GBSC) Awards.

Sarah Milburn was awarded the accolade at an event at the Houses of Parliament last Tuesday for being the ‘Most Prolific Individual in the Media’ during the spring clean.

The event was held to celebrate the GBSC and the efforts of those involved.

Prior to the four-week tidy-up and during the campaign, Sarah and the team were featured in The Standard, other publications, on our podcast and on local TV and radio. 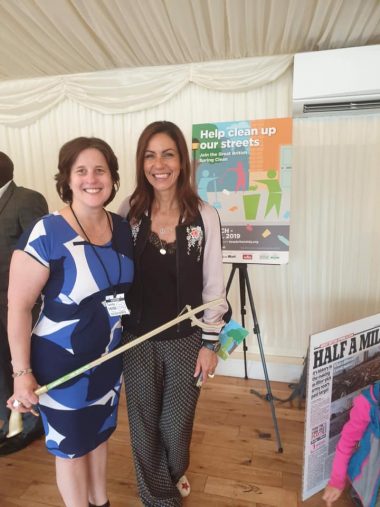 She said: “It wasn’t billed as an award ceremony so I knew nothing about it until it was announced.

“It was a shock and a lovely surprise at the same time.

“I just wanted to get as many local groups mentioned as possible for their efforts.

“We couldn’t have done it without so much support from The Standard and other local media organisations.”