A FARMER has called on people to think twice before they dump rubbish in the countryside after one of his cows died from consuming plastic.

The shocking pictures of the animal were posted on the Rubery Community Group Facebook page on Wednesday night in a bid to trace the owner.

She belonged to Beacon Farm in Rednal, and the owner said there was evidence of plastic in the cow’s mouth so it was thought to be the cause. 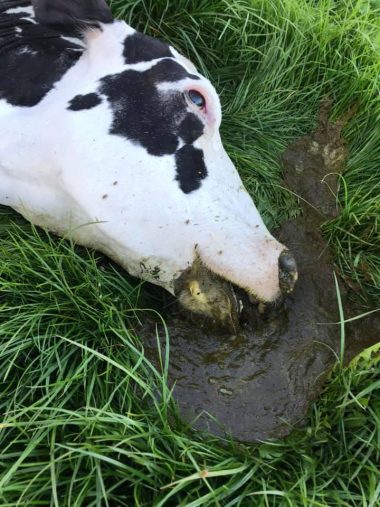 The cow was 12 years old, pregnant and due to have her calves in a few weeks time.

He told The Standard: “I had checked her and the other cows at 5pm and they were all fine and happy but then when I went back a couple of hours later she was dead.

“It’s not just the financial aspect – we spend our lives looking after the cows so to lose one through a silly reason like this is so frustrating.”

He said fly-tipping was rife in the country lanes surrounding his farm, including Beacon Lane and the Alvechurch Highway.

“People dump waste over the weekend and then the council has to come out on Monday morning and clear it up.

“The officers were considering putting cameras up because it is persistently happening.”

And he added it was not just his cows people should think about. 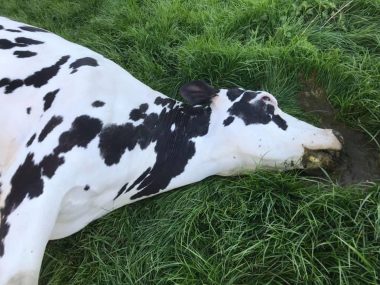 “That incident was noticeable because the pictures are there for all to see but there must be so much wildlife being harmed on a daily basis from all sorts of rubbish being dumped that is not seen.

“There are plenty of household waste sites around yet people still dump rubbish in the lanes.

“Another big problem is cannabis paraphernalia – when people have finished growing it they put all the plastic items in black bags and throw it over my hedge.

“I just wish people would think before they dump rubbish about the damage it has the potential to cause.

We are awaiting a comment from Bromsgrove District Council.