The children started off with £5 per person and could either put them together in a group or launch a ‘solo effort’ to see how much they could raise for the cause.

There are 122 pupils in the year group so the Parents Association loaned half of the £610 capital with the Primrose supplying the other 50 per cent. 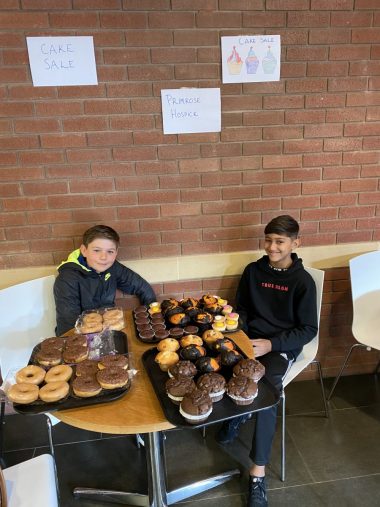 Sarah from the hospice spoke to each class about the charity and gave them a few ideas.

She also revealed there was a prize for the person who generated the most.

Freddie Slater was the outright and deserved winner, generating £916 from his exquisite Primrose badges.

His teacher Mrs Leather said: “He is a very driven and extremely business-minded young man.”

One group – Frederick, Monty and George – put their fivers together and, borrowing £12 from the ‘bank of mum and dad’ spent the £27 on chocolate for a hamper to raffle.

They raised £140 which they reinvested in nine frames costing £18 and made pictures using stones and driftwood collected from a beach in Tywyn, Wales.

They sold those for £10 each, using some of the profit to bake cupcakes, tray-bakes and cookies with Amelia and Hugo helping. 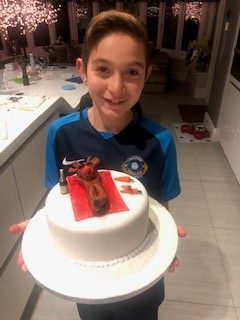 A bag-pack was held at Waitrose with Henry and George, Hugo and Amelia helping and raised £440.

The cake sale at Rowberry’s in Chaddesley Corbett saw £330 generated and by the end the group had collected – including £30 in gift aid – £945.

Two ingenious pupils Jack and Georgia formed J and G Accessories after Jack came up with the idea for Big Bang Keyrings.

He and his family go clay pigeon shooting and he decided to upcycle empty shotgun cartridges to make an environmentally friendly product.

Friends and family were able to choose their colour and Jack would custom make a keyring for them.

Georgia made scrunchies from upcycled duvet covers in a variety of different colours and designs.

Both products were sold at various village Christmas fairs – at Welford on Avon, Talton Mill and Pebworth – and at fishing shops, Costa Coffee, hairdressers and even the village pub.

When asked what they had learned from the experience, the list was endless.

Jack learned valuable sales techniques, how to create a logo, colour co-ordination, quality control and even learned about Excel spreadsheets. 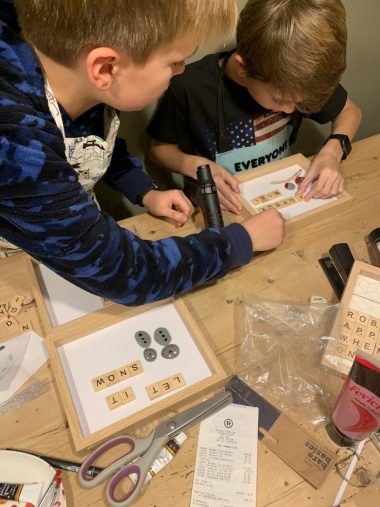 Georgia learned how to use a sewing machine and create a logo, how to set up a stall to create eye-catching designs, that chatting to people at the fairs is fun and ultimately hard work is the best way to earn money.

The two entrepreneurs have made a whopping £1,326.50 over the last few months.

Thirteen pupils raised an astonishing £6,154.70 between them and many more raised over £100 each.

Almost all of the year sevens made their fivers flourish.

Caroline Leather, PSHE teacher, said “I have been completely thrilled and stunned by the energy and enthusiasm – a real entrepreneurial buzz.”

Sarah from Primrose Hospice said “I am just absolutely astounded at the incredible amount raised by the year seven pupils.

“Not only have they shown kindness, drive and entrepreneurship but they have proven just how amazing young minds can be.

“The phenomenal amount raised by these young people, will ensure that we can continue to provide care and support to people with life-limiting illness living within their local community, and their families.

“Thank you so much.”

The school’s headmistress Jacqui Deval-Reed said: “We are aIl completely and utterly bowled over by the entrepreneurial spirit shown and the lengths our pupils have gone to for Primrose Hospice.

“They have really embraced the challenge – we never imagined they would reach such a fabulous total. We’re very proud of them.”