THE daughter of a devoted married couple who died of Covid-19 within four days of each other is warning people: ‘this virus is real’. 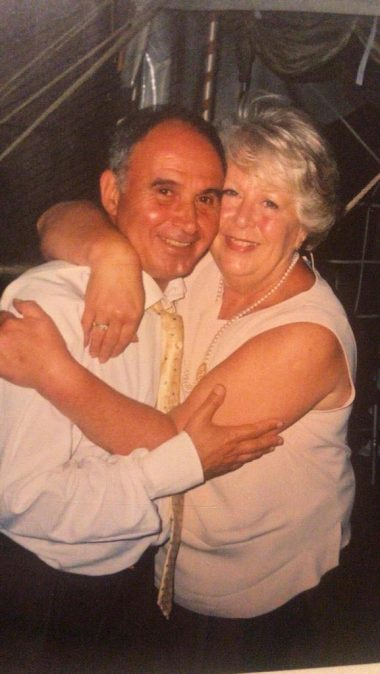 Former Bromsgrove School pupil Caroline Shaikh said the death of her parents, Sue and Basim, serves as a cautionary tale for people who continue to believe the pandemic isn’t as serious as it is.

The couple were married for 47 years and lived in Barnt Green for much of their lives before their passing on December 29 and January 2.

Sue, aged 75, died of the virus in hospital and then a few days later Basim, 76, who was also suffering with a brain tumour at the time, contracted it and died at their London home.

Their children had not told Basim that his wife had died out of fear of causing him more stress.

Caroline said: “But he definitely knew…this despite us telling him mum was just isolating and watching TV.

“He said to us the night she passed ‘she’s gone hasn’t she?’ but we told him nothing had happened because we didn’t want him to get worse.

“My dad tested positive but didn’t show any symptoms until the tenth day of having it.

“It just goes to show how unpredictable Covid is – particularity this new strain – and that people need to be careful.”

Sue, who had Type 2 diabetes, was given steroids, antibiotics and oxygen but after day two of contracting Covid her family were told by doctors there was nothing they could do to save her.

The inseparable couple left behind two children and three grandchildren.

“I’ve had the virus myself and it’s like nothing else in this world,” said 43-year-old Caroline.

“My whole body was in agony. All these myths you hear about it not being real are really dangerous.

“Everyone needs to remember that when they are making excuses to go and see their friends, and think they’re flying under the radar, this is not just about them, it’s about others too.”

Caroline added that, in a way, it’s a blessing that her parents died around the same time because they would not have coped without one another.

“I do get some comfort from knowing they will literally be holding hands at the funeral, both in matching caskets with matching flowers,” she said.

Mum-of-one Caroline, who is a long time friend of the Bullivant family who own this paper, said she has received tons of love from people expressing their condolences.

“Our family has the loveliest people around us and for that we couldn’t be more grateful.”

The joint funeral will be held in London on January 18. 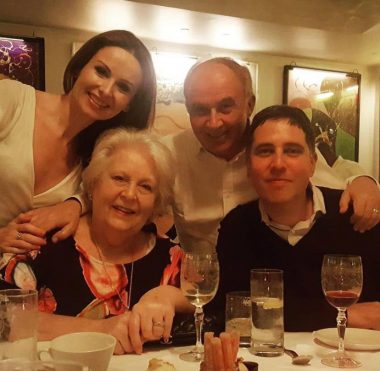 Sue and Basim Shaikh, with their children Caroline and Jon