PEOPLE will be heading to the polls on Thursday, May 23, for the European Parliament elections.

There will be 73 MEPs elected across the whole UK with seven in the West Midlands.

Unlike the ‘First Past the Post’ system used in UK elections, the EU vote will be done on proportional representation meaning the number of votes each party gets overall determines how many MEPs they have.

The MEPs are listed in the party’s order of preference with their first choice being elected first, then the next and so on.

Last time around UKIP finished with three MEPs with Labour and Conservative earning two each. 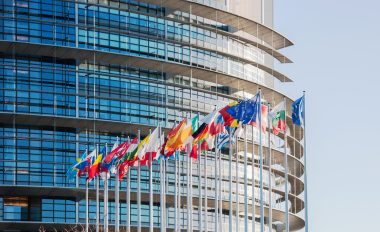 We asked each of the parties standing why people should vote for them.

“The votes of 17.4million people who voted to Leave the EU have been ignored by our out-of-touch MPs in Westminster.

“The people have been betrayed by these politicians, who refuse to honour the biggest political mandate in British history.

“Now, our democracy is under threat. Trust in the two-party political system has gone. Only the Brexit Party can help fix this.

“A vote for the Brexit Party on May 23 is the only vote for a clean-break Brexit.

“More than that, it’s a vote for democracy – a way of changing politics for good.”

For more on the Brexit Party, visit https://thebrexitparty.org/

A spokesperson for Change UK in the West Midlands said: “It’s time for change.

“Brexit will not address the problems our country faces. Brexit will damage our economy and cripple our NHS.

“We will campaign to remain in the EU and put a stop to Brexit so we can once again focus on what matters to the British people – a strong economy, our country playing a leading role in the world, protecting our environment, investing in our public services and building a vibrant democracy where we campaign with decency, respect and evidence.”

She added these elections offered voters the chance to send a simple message – that politics is broken, a People’s Vote is needed and the country should remain in the European Union.

For more on Change UK go to: https://voteforchange.uk/

Conservative Anthea McIntyre said it was her party which gave the country the referendum it wanted and only her party which would ensure the result was honoured for the people of the West Midlands.

“The other parties want to derail or debase Brexit – we want to deliver it smoothly and move on to build the global Britain people voted for.

“That is why it is important that voters across the region do not get provoked into a protest vote.

“It is vital to return Conservative MEPs with experience who will continue to look out for the interests of Worcestershire, the West Midlands and Britain.”

The Green Party’s lead West Midlands candidate Ellie Chowns said the country was at a crossroads and the Green Party was clear what it wanted.

“Our leaders have failed us – not only with the chaos of Brexit but by having their heads in the sand while the climate is breaking down.

“The main parties seem more interested in fighting themselves and each other than in improving people’s lives and protecting our planet.

“We’re proudly European and want Britain to remain at the heart of Europe.

“We would put tackling climate breakdown at the top of our agenda. And we want to help communities that have been ignored for years to thrive.”

For more on the West Midlands Green Party visit: https://westmidlands.greenparty.org.uk/

Labour candidate Sam Hennessy said: “We are trying to bring our country together behind a deal that works for the many not the few.

“The Tories remain hopelessly divided on Europe while voters have not forgotten the betrayal by the Lib Dems when they leapt into bed with David Cameron in pursuit of a failed austerity agenda.

“It is clear at these European Elections that only Labour can stop Nigel Farage’s Brexit Party and deliver a Brexit which protects jobs and the economy.”

For more on the West Midlands Labour Party visit – https://www.westmidlandslabour.org.uk/

Coun Ade Adeyemo, Liberal Democrat candidate, said: “This election has become a battle between the Lib Dems who want to stop Brexit and Nigel Farage who wants it to happen at any cost.

“Millions who believed Brexit promises have been let down.

“Government is paralysed. Many have changed their minds – as is their democratic right.

“The only way out is for a deal to be put back to the people to make an informed decision.

“In that campaign the resurgent Lib Dems will lead the fight to remain in the EU.

“A Labour vote is a vote for Brexit. Voting Green or Change UK risks splitting the vote.

For more on the West Midlands Liberal Democrats visit: https://www.wmlibdems.org/

UKIP candidate Graham Eardley said Britain should already be out of the UK and be an independent trading nation.

He criticised the Conservatives for not delivering Brexit, said no-one was sure what Labour stood for and added, unlike the Brexit Party, UKIP had published a manifesto.

“UKIP MEPs will take their seats and use them as a platform to campaign for Britain’s exit from the European Union as quickly as possible.”

He added UKIP was the only democratic party in favour of the UK’s Independence and all of its West Midlands candidates ‘lived in the West Midlands and had world experience from doing real jobs’.