BROMSGROVE Police officers and cadets put on a Christmas party on Thursday for patients at the town’s Primrose Hospice, writes Ryan Smith.

Food and drink was provided by community donations and an Xbox was donated to the hospice by the North Worcestershire Police cadets.

Worcester Warriors player Nick Schonert also made a guest appearance at the event, along with the Police and Crime Commissioner’s Community Ambassador for North Worcestershire Margaret Sherrey. 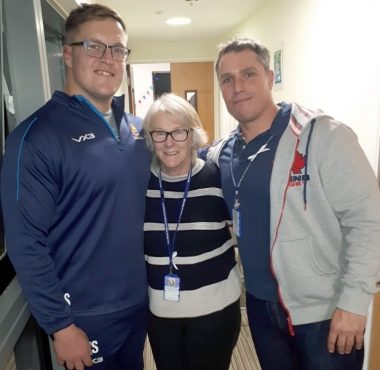 West Mercia Police and Crime Commissioner John Campion, who allocated the funds for the Cadet Cohort, said: “It is heartening to hear that cadets and officers are making such a difference in our communities and using the funding to help those most in need.” 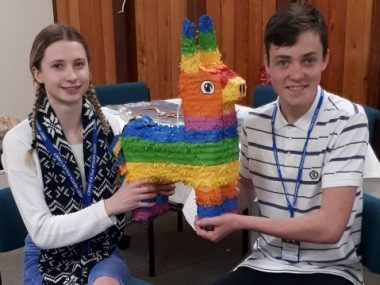 Sgt Dave King from Bromsgrove Safer Neighbourhood Team, who organised the event, said a great time was had by all.

He said: “We were going to allocate some money to the food and drink for the party but the kindness and generosity of our local community has again shone through and local business provided this for us.

“Also I want to give a big thank you to Nick who took a break from training to visit the kids and play some games with them.”