Bromsgrove flying the flag for this year's Armed Forces Week

MARKING Armed Forces Day during the lockdown was essential as servicemen and women had been active both in the UK and around the world during the pandemic.

That was the view of Bromsgrove Royal British Legion chaplain Rev Ray Khan who said a prayer during a short service and flag raising at the town’s war monument in Crown Close on Monday. 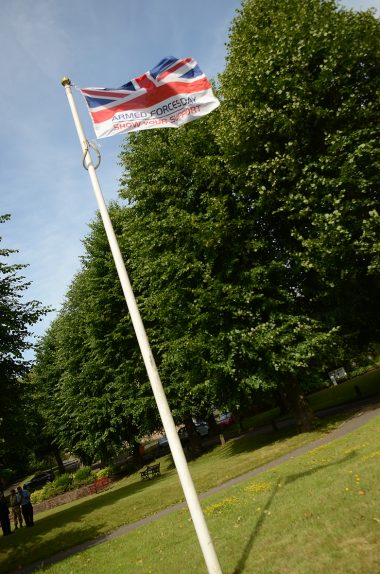 It kick-started a whole week of activities where different elements of the forces will be recognised, culminating in Armed Forces Day this Saturday, June 27.

Today (Monday) was the launch and paid tribute to the Global Armed Forces, tomorrow focuses on Innovation, Wednesday is Reserves Day, on Thursday we remember the vterans and on Friday the cadets.

Rev Khan added: “We may not necessarily have heard about these tours, duties and missions but it is important we recognise everything they do.”

Usually in Bromsgrove on Armed Forces Day there is a full parade which everyone is welcome to attend and the event usually attracts a big crowd.

But, because of the Covid-19 restrictions, the full event was unable to take place.

We at the Standard were there to stream the short prayer and flag-raising live on our Facebook page – click below to view the video.

Today is National Armed Forces Day where we pay tribute to all those who have served in the past and those serving today.

Coun Laight said: “I’m humbled and proud to be able to do this on behalf of everyone in Bromsgrove District.

“It is an important day in the calendar.” 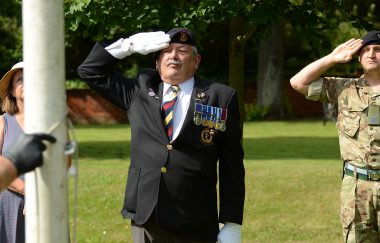 Bromsgrove Royal British Legion chairman Patrick Smith said: “This is the 12th year we have marked Armed Forces Day and we usually get an amazing turn-out.

“Bromsgrove has always been so supportive of the armed forces and hopefully we will be back next year with a full parade and service.”