A BIRMINGHAM man has been jailed for almost three years after convicted of violently attacking his former partner in her Bromsgrove home.

He was arrested on November 16 and charged a day later after he strangled and beat the woman in her 40s.

Despite the vicious attack on her, she was able to escape and a member of the public contacted the police.

Clark was sentenced to 33 months in prison and a restraining order was also granted to protect the victim from further harm.

Det Con Claire Masters paid tribute to the victim who, although now safe, did not initially want to involve the police because she was so scared of Clark and feared further violence and harm if she reported it.

“I cannot commend her enough however for making the brave and courageous decision to come forward and speak out.

“She trusted officers to listen, to take the appropriate action and has thanked us for our support and she truly believes that her decision to speak to us has saved her life.”

DC Masters said during lockdown it was harder for victims to escape domestic abuse and violence.

“Domestic abuse perpetrators are using the restrictions to control, manipulate and instil fear in their victims. Household isolation instructions as a result of coronavirus do not apply if you need to leave your home to escape domestic abuse.

“Anyone can be a victim of domestic abuse, regardless of gender, age, ethnicity, socio-economic status, sexuality or background.”

This case comes amidst the new ‘ANI’ (Action Needed Immediately) password scheme which was launched today for victims of domestic abuse. 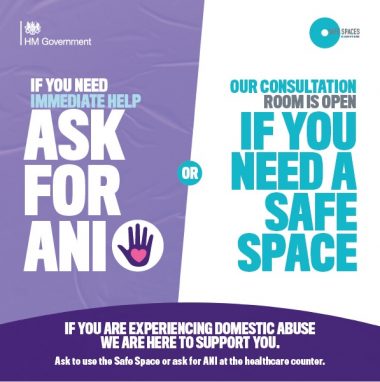 Branches of Boots and local independent pharmacies have signed up to the scheme and will display the ‘ANI’ logo on their premises.

If people go in there and ask for ‘ANI’, staff will provide a private space and a phone and ask if they need support from the police or other domestic abuse support services.

DC Masters added: “I want to pay tribute to the courage and bravery of every single victim in coming forward to report domestic abuse and also to those living with it every day I say this to you – if you reading this and you are in fear of someone in your home hurting you I urge you to contact the police.

She urged anyone who has been a victim of domestic abuse, or are worried about someone they know being abused to call West Mercia Police on 101 or 999 if a crime is in progress.