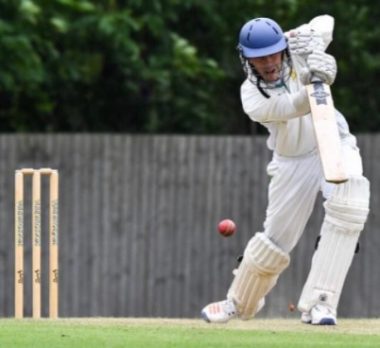 Alex Phillips was the standout K&D batsman with 67 runs.

SIZEABLE points tallies will keep Knowle & Dorridge on the right track in Birmingham & District Premier Division One, says skipper Jack Grundy after a winning draw with Barnt Green sent his side fourth.

Sitting on 121 points for the season, now four points above their fifth-placed rivals, K&D’s fortunes could have been greater still had the hosts found enough in the tank to dismiss the Green.

Finishing on a score of 199-8, Knowle & Dorridge’s bowlers performed superbly to hinder the visitors’ scoring rate, albeit with Barnt Green seeing out the remainder of the innings to finish on 78-8.

With frustrations understandably rife, Grundy believes his side will continue to finish on the right end of scorelines moving forward.

“You always want 24 points, but if you keep picking up 15 or 16 points from winning draws – especially against teams as strong as Barnt Green – then you’ll be fine over the course of a season,” he said.

“When you have a team struggling at not many for five, you back yourselves to bowl them out.

“But once they had the survival mindset it was very difficult to shift them.”