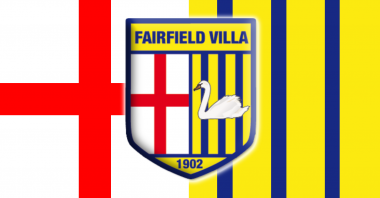 IT WAS five of the best for Fairfield Villa last weekend, as Keith Draper’s side – led by a Luke Dugmore hat-trick – put Coventry Alvis to the sword in a 5-1 demolition job in the Post-COVID Lockdown Charity Cup.

The Swans gave themselves a major boost in their hopes of qualifying for the competition’s semi-finals with their third win in the Cup, meaning they sit two points behind second-placed Alcester Town and five behind runaway leaders Knowle in third position with five more group stage matches left to play.

For the Villa manager, who also saw Bradley Hendry and Jourdain Masidi hit the net for his side, there is real cohesion building in the ranks at the Recreation Ground, he feels.

“The lads are gelling well and each game we learn more about their qualities, so it was nice to put in a decent performance for the home fans.”

Fairfield opened Saturday’s encounter in bright fashion, eventually capitalising on a succession of corners to take a 12th minute lead through Masidi’s flick on at the near post.

Taking a foothold in the game, the hosts doubled their lead with ten minutes of the half remaining when Dugmore notched the first of three that afternoon, punishing Alvis for the space he was allowed to rifle his first Fairfield goal into the top corner.

While the visitors almost got the better of goalkeeper Tom Walker before the half-time whistle, a crucial save ensured Draper’s required no last-minute alterations.

A close-range finish from Hendry five minutes into the second half put Villa further in front, which preceded a number of substitutions as Fairfield assessed their options from the bench.

While Alvis’ Dominic Alleyne pulled a goal back, the Swans were not finished quite yet, reacting immediately through Dugmore’s thumping strike against the post which found the net.

Then, with eight minutes to play, Dugmore made it an afternoon to remember with his hat-trick goal, securing a victory that makes it three matches unbeaten for Villa.

The following Wednesday, Borough then head to the Recreation Ground for the return fixture.