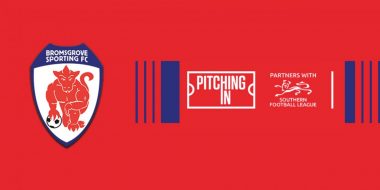 THERE will be no additional football played by Bromsgrove Sporting prior to the 2021/22 season – after the Southern League ruled out a subsidiary cup competition to help fill the gap left by the curtailed 2020/21 campaign.

Play at Steps Three to Six of the non-League pyramid was brought to an immediate end recently, following a Football Association announcement two weeks ago, but there had been much talk of a stand-alone tournament to bridge the gap between the current off-season and the start of pre-season for the new campaign.

But Southern League clubs have been dealt a setback to those hopes, after an official statement put to bed any rumours that the friendly competition could realistically get off the ground.

“It is understood it is something that has been shared and discussed at some length on social media,” said Jason Mills, the operations manager for the Southern League.

“However, following a board discussion on this matter, there will be no cup competition organised by the league prior to the 2021/22 season.

“Once clubs are able to resume playing matches, then friendlies can be arranged, ensuring that all COVID-19 requirements are adhered to.”

A similar initiative launched by local Worcestershire clubs around the festive period, the short-lived Red Recruitment Trophy, demonstrated the difficulty of organising an unofficial tournament, with the Southern League perhaps taking note of this in making their final decision.