Smith heroics in vain as Boars slip down table 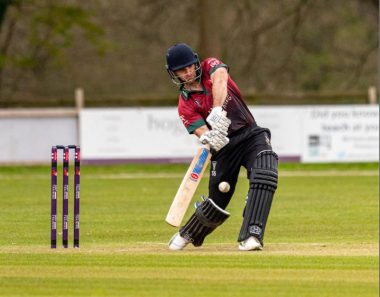 A reliable performer at the crease for Bromsgrove so far this term, Jayden Levitt was unable to repeat those heroics last weekend. Pictures by James Hickin Photography.

The defeat, which resulted in Bromsgrove slipping down to fifth in the table, was a tough one to take for Mark Evenson and Co. at North End Lane after they had posted a 259-9 score in their 55 overs.

Ultimately, with Barnards Green’s skipper Ryan Tongue (156 not out) and Rehaan Edvalath (58) in inspired form, the hosts sealed victory with just over four overs remaining – losing only four wickets in doing so.

Though it will be back to the drawing board ahead of a battle with ninth-placed Harborne at St Godwalds Park on Saturday, the Boars cannot be too downhearted with their overall display, but will perhaps need to be more ruthless with their bowling.

After the hosts won the toss last weekend, Bromsgrove found themselves batting first. Though opener Jayden Levitt (14) departed to leave the score 28-1, Ashley Newfield (42) and Smith (122) put on 69 for the second wicket.

The fall of Newfield and then Alex Milton (6) left the Boars 107-3 but quickfire runs from Deon Patel (42) helped Bromsgrove’s cause enormously. He joined Smith in a fourth-wicket partnership of 110 to get the visitors on the road to an enviable score. 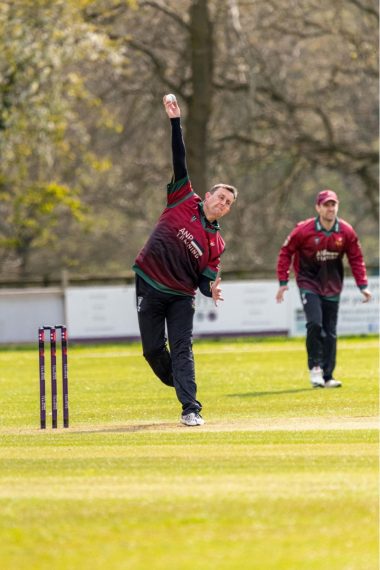 Gareth Williams could take heart from his bowling display after recording the best figures out of his teammates. Pictures by James Hickin Photography.

However, with Patel becoming the first victim to fall to the imperious George Rhodes (5-24), who swept through the Boars’ middle-to-late order, momentum slowed with just over seven overs remaining.

With Smith run out by Zahid Kafiat for the sixth wicket, the visitors had lost their talisman who had smashed two sixes and 12 balls into the boundary.

The Boars struck early in the Barnards Green innings when William Tuffin (78-2) removed Rhodes (4) in the second over, while Gareth Williams (2-35) snapped up O G Rogoff (22) and Joe Crichard (0) to leave the hosts 70-3.

But that only paved the way for the introduction of hot-shot Edavalath to join opener Tongue. The pair were unrelenting in their quest for runs during a 142-run partnership which put the victory target within sight.

Though Edavalath departed with the score on 212, Tongue ended the day with 14 fours and six sixes in all – the final maximum score in his 156 off 129 balls sealing victory with 25 balls remaining.