Sadler treble gets Bromsgrove up and running 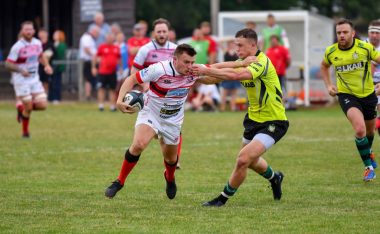 Will Harris shrugs off a challenge in last weekend’s win. Picture by Andy Jepson.

TOM Sadler’s hat-trick of tries ensured Bromsgrove returned to life in the Midlands Premier Division in style, as the Boars stormed to a 44-24 success against Scunthorpe last weekend.

Having gone an entire campaign without a single minute played due to the cancelled 2020/21 season, the Finstall Road hosts showed no sign of rustiness with a highly-polished performance.

Ross Attwood, Drew Harper, Ed Krawiecki were also on the scoresheet, with Will Harris adding a penalty for his efforts.

This Saturday, Bromsgrove head to Sheffield hoping for further success, taking on a side who opened with 21-15 victory at Broadstreet.