Rouslers prepared to dig deep against the Pitmen; Sporting Ladies off to a flyer

WHILE it has largely been plain sailing for Bromsgrove Sporting so far in pre-season, their preparations will take a big step up in tonight’s home clash against Hednesford Town (7.45pm).

It has been a successful few weeks as far as anyone of a Rouslers allegiance is concerned, with an unbeaten streak being maintained in their opening five friendlies to date.

Victories over Studley (3-0) and Walsall Wood (1-0) were followed by a stalemate with Highgate United (2-2), before the Rouslers resumed their winning form by seeing off Leicester Road (3-1) and Sutton Coldfield Town.

Considering that all of their warm-ups have been away from home so far, it is safe to say that Brendan Kelly and his troops will be enjoying the fruits of their flavour and hope that much more is promised when things finally get underway.

The most recent of those victories, a 2-0 win at Sutton Coldfield’s Coles Lane on Monday, was wrapped up with two quickfire first-half goals from Josh Quaynor and Will Shorrock.

Quaynor’s opener on 27 minutes was exquisite, a free-kick that whistled into the bottom corner, before Shorrock equally impressed with a strike that he posted into the top corner four minutes later after cutting inside from the wing. 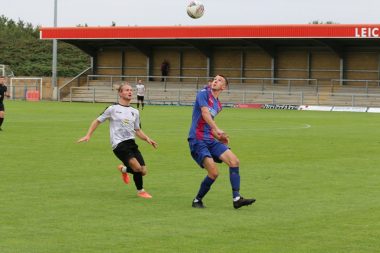 And it could have been more had a trialist applied some better direction with a powerful drive after being played through by Kieren Westwood, while Leon Broadhurst could not have gone much closer after his header from the resulting corner crashed against the bar.

A notable performance from Daniel Platt, who was forced into a couple of key saves, demonstrate that he is ready and raring to go for the competitive fixtures that lie ahead.

Tonight’s friendly is an all-ticket affair, with only 25 left available at £5 entry on a first come, first served basis from the reception at the Victoria Ground.

Two further home friendlies against National League North opposition in Leamington and Kidderminster Harriers will pose the toughest challenge to Bromsgrove yet in pre-season prior to their league opener in Leicestershire.

Saturday’s clash with the Brakes, a 3pm kick-off, will be a pay on the gate fixture with up to 600 fans allowed into the Victoria Ground under Government restrictions, prior to the visit of Harriers a week after.

Elsewhere, a thumping 4-0 triumph for Sporting’s newly-formed ladies team gave them lift off over neighbours Meadow Park in their first-ever home fixture. 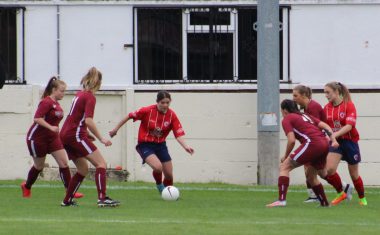 Playing in front of roughly 150 spectators at the Victoria Ground for the friendly, Amy Kendall starred with a brace while Meg Revitt and Alpha Wood also added their name to the scoresheet to claim a maiden victory ahead of their debut in Division Two of the Midwest Counties League.

A visit to Inkberrow Eagles in their first league fixture on Sunday, September 13 is followed by a home clash with Westfields a week later.