Main stand honour is a fitting tribute to much-loved Thomas

WORK is now complete at Bromsgrove Sporting’s Victoria Ground following the refurbishment of the roof on the main stand, which has been named after Thomas Jones.

The University of Worcester student, who sadly died just under two years ago, played for Bromsgrove Sporting junior teams from the age of 12 and his parents Ian and Vicki were fully involved and consulted with the project to honour and remember their son. 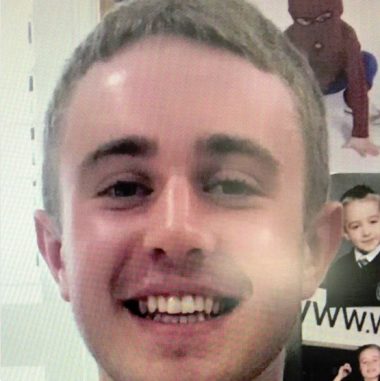 Commenting at the completion, they said: “We are proud and honoured that Bromsgrove Sporting have renamed the stand in Tom’s memory – a wonderful gesture and the most fitting tribute.

“Our most heartfelt thanks go to the club, especially Mike Burke (the chairman) and David Sheppard (the maintenance director) who have been amazing support to us. We are thankful beyond words.”

A memorial football match was held in Tom’s honour in October 2018 and another is envisaged once lockdown restrictions have been lifted.

At the match first match the club promised Tom would be remembered at the ground and it was planned to build a new stand at the Town End and name it after him.

However, in the current climate, that has had to be put on hold. Therefore, renaming the main stand was a more than suitable alternative.

Work was completed last week – much to the relief of everybody involved – especially after a number of delays mainly owing to the need for specialised skills in replacing asbestos sheets with coated steel panels.

As the contractors tidied up, Burke thanked Abbey Signs and Duncan from DJF Roofing and commented that he thought “we have done Tom proud”.