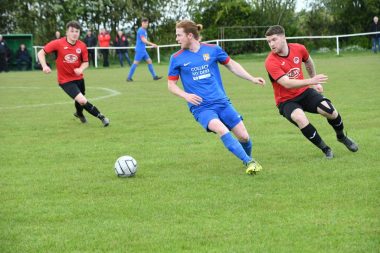 A HAT-TRICK from Knowle’s Brandon Hague put a serious dent in Fairfield Villa’s hopes of qualification for the knockout rounds of the Post-COVID Lockdown Charity Cup, following last weekend’s 3-2 defeat.

Despite taking a third-minute lead through Jack Ward, the Swans trailed by a goal at the break, before conceding shortly after the restart to face an uphill battle.

And though Cameron Knight’s penalty reduced the arrears with 15 minutes remaining, the Recreation Ground outfit were condemned to a loss that sees them trail their opponents – who are joint top with Alcester Town – by six points with three games to play.

Home games against strugglers Redditch Borough and Hampton on Wednesday and Saturday respectively now become must-win fixtures, ahead of a rematch with Knowle in the final game of the group stage on May 29.

All seemed to be going according to plan for Villa when Ward found the net from a matter of yards, prompting more confident play from the hosts thereon in. 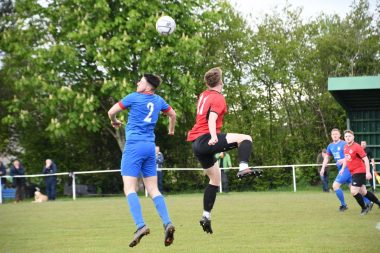 Fairfield battled throughout, but their efforts were ultimately in vain. Pictures by Paul Smith.

Then, against the run of play, the Robins showed their star quality when countering from a Fairfield free-kick and dispatching the equaliser through Hague on 20 minutes.

The loss of George Tolley to injury gave Zac Brown an opportunity from the bench, prior to further salt in the wound in the form of Hague’s stunning solo goal ten minutes before half-time.

As Knowle came into their element, the hat-trick goal from the visitors’ star striker gave Villa a mountain to climb, despite an excellent display by custodian Tom Walker.

Luke Dugmore thought he had crashed home a stunning equaliser when driving the ball towards the top corner, only for the shot to inch narrowly past the outside of the post.