Kelly: "Sporting not pretty, but effective" 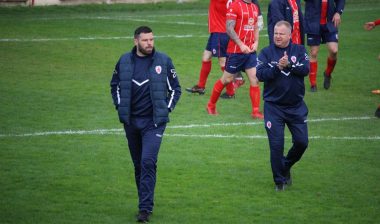 MANAGER Brendan Kelly has reassured the Bromsgrove Sporting faithful that the quality of his side’s play will return – but only as long as they remain defensively rigid.

The Rouslers made it four games unbeaten after dispatching Loughborough University in the first qualifying round of the FA Cup last weekend, with Leon Broadhurst and Cody Fisher netting in a 2-0 win.

It set up another home tie with Worksop Town of the Northern Premier League Division One East in the next round on September 18, and with a home league meeting with Hitchin Town to come before that this weekend, the Sporting boss is keen to stay on the winning track.

“We’re in the next round and that’s the most important thing,” said Kelly.

“When you approach games, you try and first go and put in a good performance and get in a result, but it was a strange game.

“They didn’t get a shot on goal until the last five minutes, but we didn’t dominate either. Our passing let us down badly and that’s why it wasn’t a free-flowing performance.

“It’s four unbeaten for us, it’s not been the prettiest at times but we’re making ourselves difficult to beat.

“That breeds confidence in itself, and then the free-flowing football will come, especially when we’ve nursed some bodies back to full fitness. There’s still lots to work on, but if we can do that and keep up that run then it’s a positive.”