SPORTING manager Brendan Kelly says he could have no qualms with the performance of his Bromsgrove side in their narrow midweek FA Cup exit to Stratford Town. 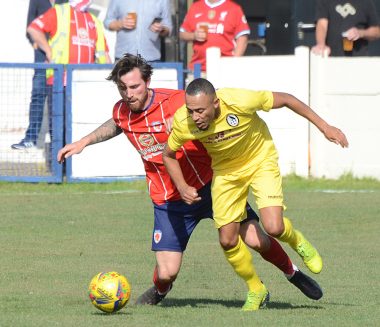 A second half double for Will Grocott helped Town edge the 2-1 scoreline after Courtney Richards’ first goal for the club had given the Rouslers the lead just before the break at the Victoria Ground.

While an exit at the first qualifying round stage is ultimately a disappointing one for Kelly and his men – the same round that Sporting were knocked out last season – the Bromsgrove boss still saw plenty to be positive about.

“The application and the effort was there,” he said.

“After the first 15, 20 minutes we were at the pace I’d like us to be and we finished the first half quite strongly.

“But overall, I think the 90 minutes was quite even and there wasn’t much between the two sides. I don’t think you can fault the application, they tried, but one bit of brilliance has won the tie.”

Richards repaid the faith of his new manager with an excellent finish on his second start for the club – collecting a poor clearance before shimmying past a defender and curling into the corner seconds before the break. 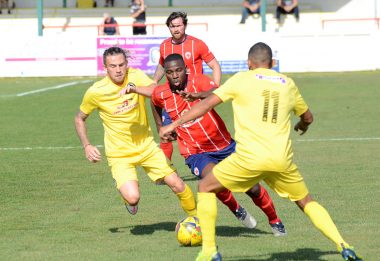 Stratford’s livewire Grocott was ultimately the difference on the night though, stabbing home a 58th-minute leveller inside the box before being gifted time inside the box to blast into the far corner of Dan Platt’s net to win it.

All attentions now turn back to matters in Southern League Premier Central on Saturday (3pm), when Sporting embark on their first away trip of the season to Biggleswade Town.

Bromsgrove snatched a late draw in their season opener against ten-man Coalville Town last weekend, courtesy of a Leon Broadhurst penalty in stoppage time which cancelled out Tim Berridge’s opener for the Ravens.

And with a first win of the season firmly set in the sights of all connected to the club, Kelly points towards the performance of Bromsgrove on their last visit to The Carlsberg Stadium – a 4-2 triumph at the beginning of January – as reason to be optimistic for their latest challenge. 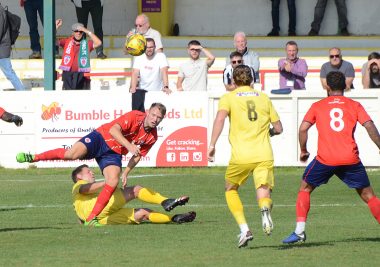 “We played really well down there last year in difficult conditions,” he said.

“Hopefully it’ll be better now at this time of year, we can go there with confidence because of how well we played there last year.”

A successive away trip then follows on Tuesday night, when Sporting visit Rushall Olympic at Dales Lane.