Kelly calls for Sporting to look within to turn the tide 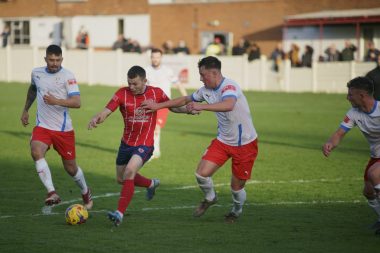 MANAGER Brendan Kelly is confident that both himself and his team can turn the tide after a late goal by Coleshill Town knocked Bromsgrove Sporting out of the FA Trophy on Saturday to continue the club’s miserly form.

The slender 1-0 defeat on home soil at the third-qualifying round stage handed the Rouslers a fourth successive defeat – during which time Sporting have only scored once – and their sixth so far this term.

And with the postponement of Tuesday night’s home meeting with Barwell in the Southern League Premier Central denying Bromsgrove an instant stab at salvation, it is likely that Kelly and his men will have the entire month to ponder over their downturn in fortunes over the past few weeks.

The announcement of a second national lockdown just hours after the latest loss for Sporting means that as many as seven fixtures are set to be missed during the month of November, with the next expected outing being a home clash with Stratford To own on Saturday, December 5.

It is perhaps a blessing in disguise for everyone connected with the Victoria Ground club, given that Bromsgrove have been well below their best in recent weeks, sentiments which were echoed by Kelly when reflecting on their Coleshill humbling. 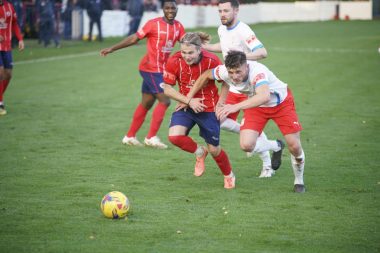 “It was very a very flat performance and game, it wasn’t a great spectacle – but it was there for all to see what happened wasn’t good enough,” he said.

“We’re out of another cup competition and we’ve got to really dig deep and turn this around.

“We’ve got to do a bit of soul searching, it starts with me, my staff and the players – we’ve all got to look at ourselves and try and come back stronger. We can’t hide away from it, we’re in a bad run of form – hard work will get us out of it.”

Judging by the early opportunities enjoyed by the hosts in last weekend’s outing, it could have been an entirely different result had Sporting been more clinical with their finishing.

With just seconds elapsed on the clock, an unmarked Mikey Taylor failed to direct his header on target from a Josh Quaynor corner, while Jason Cowley was unable to dispatch during a goalmouth scramble minutes later.

Charlie Dowd should have done better with an attempt that was easy work for Coleshill ‘keeper Paul Hathaway, moments before Cowley’s 20-yard strike clipped the woodwork as Sporting continued to turn up the pressure. 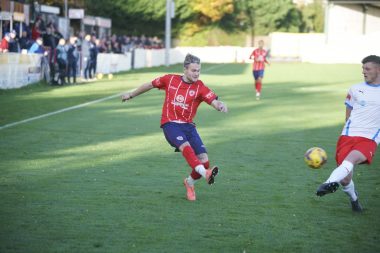 As ever, Cowley was at the centre of all of Bromsgrove’s good play and did not quite get enough connection with the ball to convert Dowd’s inviting cross – the roles being reversed as Cowley teed up his teammate for an effort that was blocked.

It proved the final action of a frustrating half for the hosts, though their fortunes did not improve as the second-half commenced.

Kai Tonge almost delivered an early blow after the restart when finding himself with a yard of space from a corner kick, but his resulting header failing to trouble Daniel Platt in Sporting’s goal.

A speculative overhead kick from Taylor drew a fine stop from Hathaway as the game ticked towards its conclusion – with no deciding goal in sight.

But up stepped Coleshill’s James Harrison to break Bromsgrove hearts at the death, poking the ball into the net with just two minutes remaining to dump Sporting out of the Trophy.

While Kelly is insistent on changing fortunes at the club with the players already at hand, he believes new additions to the team are necessary to boost Bromsgrove’s chances of a revival post-lockdown. 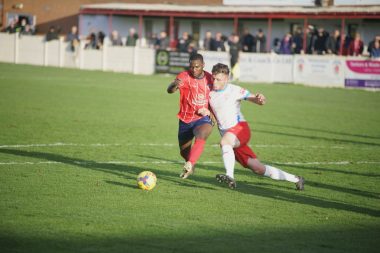 “Obviously there will be changes needed as well,” said Sporting’s manager. “Hopefully we’ll be able to bring some bodies in to try and turn our fortunes around.

“There’s nothing concrete but there are a couple at least in the offing, maybe more as something has to be done.

“We’re in uncharted waters really because we haven’t had a run of form like this before, so it is new to us, but I do believe we’ve got enough here to turn it around.

“You look at the starting 11 and it’s a really strong team. Obviously we didn’t perform and a sloppy goal means we’re out of the cup – so it’s very disappointing.”