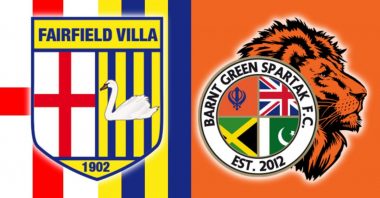 DIVISION Two sides Barnt Green Spartak and Fairfield Villa will have to twiddle their thumbs until a return to Midland Football League action, after all fixtures were suspended until December 19.

With grassroots leagues nationwide faced with the dilemma of when, and if, to resume play in accordance with the revised coronavirus tier systems, a decision has been taken to push the restart of all matches in the Midland League until the third weekend of the month.

While a review is expected on December 16 to confirm that fixtures can still go ahead, some light at the end of the tunnel is at least welcome news to both Barnt Green and Fairfield.

Spartak, currently sixth in the division, would face trips to Lane Head on December 19 and Northfield Town on Boxing Day before the year is out.

Basement boys Villa, meanwhile, will be set for a local derby with Feckenham at Redditch United’s Trico Stadium on December 19, followed by a home game with Alcester Town on December 28.

As a result of the announcement, Fairfield have called off Saturday’s scheduled friendly with Division Three outfit Castle Vale Town.