Excitement at Fairfield as training resumes 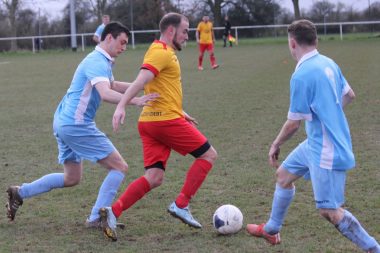 CHAIRMAN Paul Oakes says the excitement can now begin to build for the upcoming 2021/22 season, as Fairfield Villa resume first-team training this week.

The Midland League Division Two side are one of many clubs across the land who have been forced to bide their time in search of a return to match action, a craving which will be satisfied with Fairfield’s participation in the Post-COVID Lockdown Charity Cup tournament throughout April and May.

With the first-team beginning their preparations for the cup this week, which gets under way on April 17 away to Coventry Alvis, Oakes is relishing the first football to be played by Villa since October.

“It’s been a long time coming, but with the end in sight I can’t wait to welcome the management and players back to training,” he said.

“The club is in great shape and everyone is bursting to get back to normality.

“We are far from out of the woods yet, but we will be careful and considerate in our approach to the return of football, adhering to all protocols and observing all of the social-distancing rules.

“It’s hard to explain and put into words how much I’ve missed this in my life.”

Midfielder Chris Hill has also weighed in with his thoughts on the forthcoming tournament, which is to raise funds for Prostate Cancer UK, adding: “I’m looking forward to a return to playing, it’s been sorely missed.

“The boys have been posting some competitive running times, and the group chat has been lively.

“So it will be great to knuckle down with some hard work in training and the upcoming tournament, which will be a super way of returning to [some form of] competitive football.”