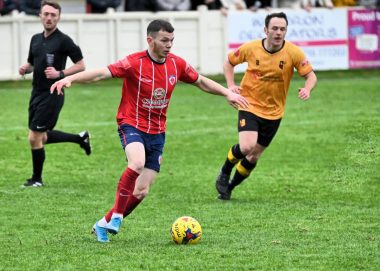 JASON Cowley will continue his loan adventure at Kidderminster Harriers, after extending his stay at the Aggborough Stadium club for an extra month.

The 25-year-old forward departed Bromsgrove Sporting at the turn of the New Year, initially on a one-month loan in which he appeared three times and scored once in Harriers’ 2-2 draw with York City.

And while major doubts are growing over the continuation of the National League North season, which is in the midst of a two-week suspension over an ongoing dispute regarding funding to complete the 2020/21 campaign, Kidderminster have provided a show of faith in the Rouslers legend by extending the striker’s deal until March 2.

Pending any further change, which relies on the, Cowley will hope to be in contention to appear in Harriers’ next scheduled game against Boston United on February 9.