A BROMSGROVE football club is celebrating a successful 2020/21 season which ended on a high with success across many of its age groups.

The under 9 girls won the Stourbridge League Cup, the under 10s and under 10s girls took the Mercian League Cup and the under 11s were Stourport League Division 1 Champions.

The under 12 girls were both the Mercian Junior Football Division 1 champions and were Trophy World Cup champions. 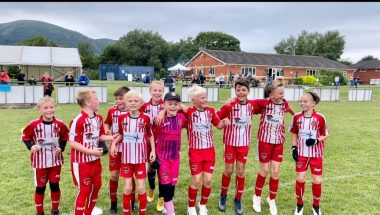 The under 15s were Worcestershire County Cup Winners, while the under 16s took the Central Warwickshire Youth Football League title, going unbeaten all season in the process.

The under 18s notched up a double, winning the Central Warwickshire Youth Football League and the Worcestershire County Cup.

Meadow Park has also gained new ground sponsorship with the Aspire Business Partnership and during the last few months the club has run a Little Kickers programme.

The club is in the process of setting up a second girls under 10s squad and two under 8s teams for next season.

And future plans include adding new under 9s and under 10s teams.

Ken Symonds, Meadow Park FC vice chairman, said: “Despite the challenges of the past 16 months, our teams have come through with flying colours and some great results which is credit to all the coaches, players and all involved.”