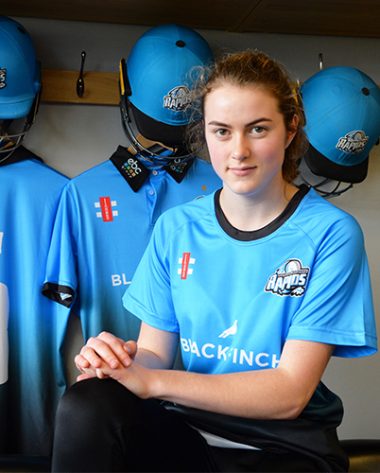 Anderson, 17, and Pavely, 16, will represent the West Midland regional team’s development programme for at least the next 12 months, during which time the pair will showcase their talents in the hope of eventually breaking through to senior level cricket.

The former is adept as an all-rounder, offering medium pace bowling, while the latter is renowned as a useful left-handed batter, joining Pears team-mates and Stourbridge natives Phoebe Chew and Hannah Hardwick in being hand-picked by Sparks.

In addition to turning out for Central Sparks’ development side, the quartet will also continue their playing commitments with Worcestershire as confirmed by Pears’ academy coach Elliot Wilson, who believes the move will be of great benefit for the girls’ long-term future in the game.

“To have four girls from the Worcestershire pathway programme selected is a great effort,” he said.

“[It is] a programme to support the development of players, who, we hope, will go on to play for Central Sparks in the Rachael Heyhoe-Flint Trophy and the domestic women’s first-class competition.