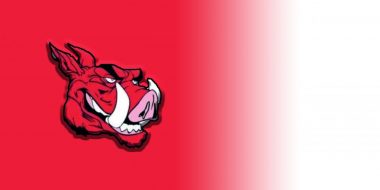 A HIGH-SCORING affair at St Godwalds Park resulted in Bromsgrove having to settle for a winning draw in their Birmingham & District Premier Division Two clash with Kenilworth Wardens.

After the visitors took the ill-fated decision to field first, the Boars declared after smashing a sensational 339 score for six wickets conceded, with Ashley Newfield (94, lbw), Jayden Levitt (76) and Freddie Fallows (53) all managing half-centuries for their troubles – including a stunning 111 partnership between the former two batsmen.

The Wardens had Ali Zaryab (101) posing as their talisman throughout the reply, and, while not being able to match the hosts’ batting efforts, managed to see out the innings to its conclusion, reaching 226-7 despite a four-wicket haul from Gareth Williams (4-41).

Ninth in the table, Bromsgrove head to bottom side Oswestry on Saturday.

THERE WAS a defeat for leaders Droitwich Spa in Worcestershire League Division One however, after falling by a single wicket at second-placed Feckenham.

Batting first after the hosts won the toss, openers Jake Young (31) and skipper Max Young (66) looked in fine spirits when opening with a stand of 95.

Despite both being lost at 110-2, Spa still had plenty of firepower throughout their ranks and kept chipping away at the crease, with Paul Bryan (29) and Martyn Davies (28, lbw) notably starring for the visitors.

But it was simply a case of the Millers having a little too much in the tank, as Kamran Abbasi (69) and captain Jamie Reddish (59) found the runs required for Feckenham to get over the line – in spite of Davies (3-16) and Jake Young’s (3-75) best efforts.