A RUBERY runner will be releasing a chapter of his first book Train, Race, Pizza on a free download to coincide with his 60th birthday. 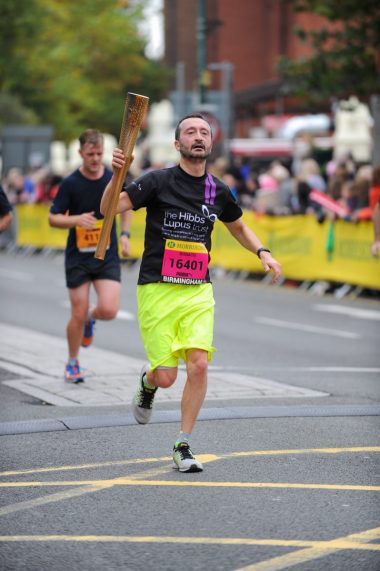 Donato Esposito was dubbed the ‘Reluctant Guru’ six years ago when he started his first challenge – 55 Alive – ahead of his 55th birthday.

He took part in the Birmingham Half Marathon for Hibbs Lupus Trust and with it set about inspiring others to be more active.

Since then he has become an international runner and completed the New York City Marathon for the Hibbs Lupus Trust, the London 10k for Cancer Research and the Birmingham Half Marathon whilst holding a London 2012 Olympic Torch.

In that time he has progressed from charity runner to the England Masters Marathon team which he will be part of later this year.

The release of the book’s first chapter will be in celebration of his achievements and available in PDF format later this month.

Donato, who is a member of the Bournville Harriers, has been doing a ’60k at 60′ for his birthday which is on May 31 and wants other people to join him.