MORE than 100 diners have got to try potential dishes for a new menu at a Rubery restaurant.

The owner of Delhi 45 on New Road, Abdul Jolil, had the idea when planning what selection of meals and sundries his venue would offer to let local people decide on which dishes they wanted to see on it.

He and his staff ran three taster evenings on Tuesday, last night and this evening.

Each diner was given a two-sided A4 sheet with the list of dishes and were tasked with marking each one out of five and commenting about what they liked or disliked about them. 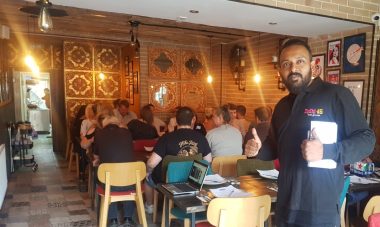 On offer was everything from poppadoms and starters to taster portions of main dishes, different flavoured rice and traditional Indian breads.

Among the delights were lamb and chicken dishes, pakora, spicy salads, a soup, kebabs, fish and masala fries, ending with an ‘Indian cuppa and biscuits’ – deshi chai tea.

Abdul said: “I want to disrupt the typical Indian food restaurants by offering something different.

“What we are doing is putting on ‘deshi’ style dishes.”

He added deshi was a more authentic cooking style done in stages, rather than a ‘stew’ type which you get with many baltis.

He said he would be ‘mad’ to take favourites off the menu, such as chicken tikka masala and tandori chicken so they and other popular dishes would be staying on the menu but they would be joined by the new offerings.

“I look at other areas like Harborne and Moseley which offer something different – why can’t Rubery become like a Harborne or a Moseley village?”

He added the area could do with some more small independent businesses, such as craft beer bars and others popular with those south Birmingham suburbs.

“We’ve got a catchment area of around 42,000 people here and we need to attract their custom.” 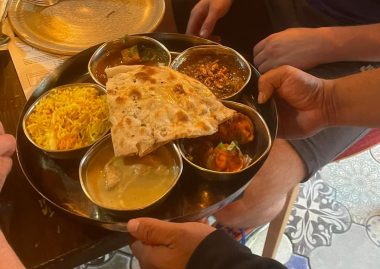 Some of the delights which were on offer. Picture – Delhi 45. s

He said he had noticed since the pandemic and with the current economic climate, people were dining differently.

“Times are tough for everyone.

“People come here once a week or once a fortnight whereas before they would come twice-a-week.

“We want to make their dining experience more special so when they do visit, it is as enjoyable as it can be.”

As well as showcasing the new menu he was also showcasing the concept of taster nights which he is considering running once-a-month so people can try more different dishes for a reasonable price.

“So many people go out to the same restaurants and have the same meals every time – we want to show there is more out there.

“Then if people really love something they discover on a taster evening, it is on the full menu so they can have it as a meal.”

Abdul is now busy collating the results and will be revealing what will be on the new menu next month.

He thanked everyone who came down to the taster sessions.

“We’ve had some really good feedback and taster sessions are definitely something we are looking to do more regularly.”