The emotional and packed-out celebration of the 16-year-old’s life, held at St John’s Church, had dozens of people standing in the aisles after every seat was filled.

Harry’s coffin was carried into the church through an archway made up of players from Kings Norton Rugby Club and Meadow Park FC – the two teams he played for.

They lined up in full kit as a tribute to his final journey. 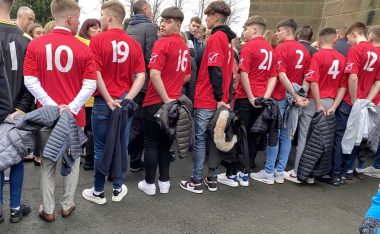 At the service Harry’s godfather Darren spoke first, describing his godson as a ‘cheeky chappy’ and someone who was incredibly close to his family, including mum Yvette and dad Andy.

One of Harry’s closest friends Callum said: “It’s a massive honour to be speaking, not just for me, but on behalf of everyone here.

“Harry was a brother to me and he was the funniest person I had ever met.

“He was the one who got me interested in rugby and convinced me to join Bromsgrove Rugby Club.

“Harry always had an answer for everything – and I mean literally everything – especially whenever our coach tried to give him constructive feedback.

“I remember one time our coach was having a go at him because he threw the ball on the floor in rage.

“He turned to our coach and said; ‘yeah but did you see how fast and straight I threw the ball?'”

Harry’s first girlfriend also paid a touching tribute to the sports star at the service.

Before arriving at the church Harry, who also previously played for Bromsgrove Sporting’s youth team, was driven past South Bromsgrove High School and greeted by players from the sports teams he had proudly represented.

Silences have been held prior to recent matches involving the football and rugby clubs Harry played for. 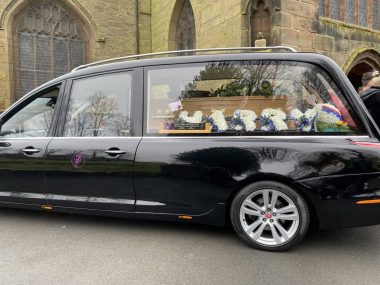 Hundreds attended the celebration of Harry’s life to be part of his final journey.

A family friend told the Standard: “Harry’s family – Andy, Yvette and Charlotte – have been overwhelmed by the response.

“They have received cards from people they did not even know but had heard what they were going through.

“The reaction has been absolutely phenomenal.

“Harry was such a live wire and because of how active he was, he touched the hearts and lives of so many people.”