There would have been so many VE Day events around the UK this Friday, but due to Coronavirus, they have all been cancelled.

Last week, Capt Farnes asked the CCF cadets to come up with some pieces about VE Day, as the school and the CCF would have been involved in the town’s activities, had they not been curtailed.

Captain Farnes said: “As I can’t meet face-to-face with the cadets, it is very difficult to do some of our normal activities, so I wanted to get them involved in something topical, cheery and historical at this time, which would also remind them that difficult times do come to an end.” 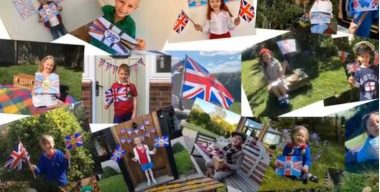 Bromsgrove Prep School had planned a street party for the children which cannot go ahead but the children have virtual activities planned throughout the day.

They will be wearing red, white and blue to Zoom lessons.

At 11am, they will joined the nation in a two-minute silence to mark the 75th anniversary of the end of the Second World War. 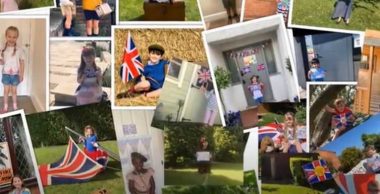 This afternoon, the pupils have been listening to the Announcement of Victory – Winston Churchill’s historic speech which will provide a fascinating insight into what the public will have had heard on that significant day all those years ago.

To complete the celebrations, heads of year, form tutors and class teachers will be holding virtual afternoon tea parties where the children can share a scone or piece of cake with their friends.

Children in Bromsgrove’s Nursery have already been trying on their outfits ready for Friday.

And year one pupils from Bromsgrove Pre-Preparatory School have produced a wonderful video to virtually commemorate VE Day.

A Toddlers View – It was so bright

Having been born in December 1943 my grandma didn’t realise she remembered VE Day until she was much older. 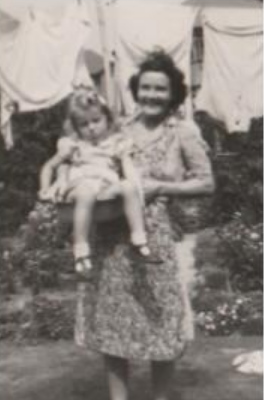 She asked her mum about an overwhelming memory she had of lots of lights, some brighter than others, some that looked like two eyes and some that were fire.

It would appear that she had been taken up to the top of the road they lived on in Harborne on the evening of VE Day and it was all the lights!

Having spent the first 18 months of her life with blackouts and war time life suddenly the lights in houses and street lights were on and the two eyes coming towards her were buses and cars!

As they looked right from the top of their road there was a huge bonfire at the top of Barnes Hill. (marked in yellow)

I spoke to Arthur Kennedy, my grandparents’ neighbour who is now 95, about his experience of VE Day – this is his story:

Arthur, who was 21 at the time, was based in the Midlands with his regiment (Royal Electrical and Mechanical Engineers).

About a week before VE Day, his battalion were informed they were being relocated to Nottingham, and they were to prepare to be shipped out to the Far-East.

A day before he was due to leave for the Philippines, Arthur and another NCO were sent to a Tech School close to where they were based in Nottingham and told they were being kept behind in England.

As the only two remaining NCOs in that regiment, they needed to be kept as instructors, for many other NCOs had to pass a test to uphold their current army rank.

This meant Arthur was luckily enough to be at home and with his family on VE day.

He said he couldn’t really remember much about the day itself, as it was all blurred together as a mixture of celebration, uncertainty and nerves as there was still a war going on – one that he nearly had to fight in and had already lost many friends and family too.

A special Service of Thanksgiving was held in Chapel early on the morning on May 8 (‘V’ Day) after which the boys went home for two days holiday to celebrate our victory in Europe.

DJ Walters sheds light on ‘Bromsgrove in Exile’: “With the school having been exiled to Llanwrtyd Wells in 1939 by the time VE Day came part of the school was back in Bromsgrove or came back not long after.

August 1944 – All buildings with the exception of School House and Lyttleton House to be handed back, with those expected to be back for use of the School by September – as you see below this didn’t quite happen.

Work was completed so that at the start of term boarding houses School and Lyttleton, classrooms of Kyteless, labs and lecture rooms, Art School, Handicraft shop, the School shop, Book and Stationary Store, Routh Hall, the Chapel and the Library!