Winter Wilson are next up at Bromsgrove Folk Club

THE NEXT band to grace Bromsgrove Folk Club with its presence will be Winter Wilson, who will be showcasing their latest album ‘Far Off on the Horizon’.

Kip Winter and Dave Wilson, who are now in their sixth year as professional musicians, will be at Catshill Social Club, Meadow Road, at 8pm on Thursday, March 14.

The latest collection follows their critically acclaimed ‘Ashes and Dust’ album and they arrive in Bromsgrove on the back of a triumphant UK tour with the legendary Fairport Convention.

Winter Wilson bring a sense of intimacy to every venue, blending superb, often hard-hitting original songs, stunning harmonies and musicianship with sometimes hilarious tales of life on the road. 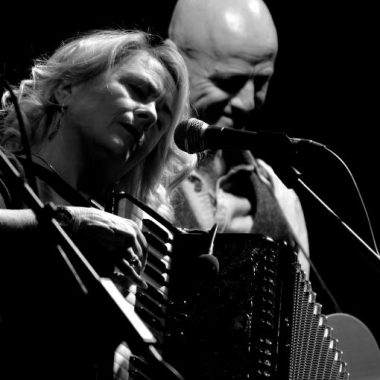 Kip (vocals, accordion, guitar, flute) ‘simply has a voice to die for’ (John Roffey, Maverick Magazine), whilst Dave (vocals, guitar and banjo) is now rightly recognised as being amongst the top tier of British songwriters, with his songs covered by some of folk’s ‘greats’.

Together, their voices are sublime but it’s in live performance where these two really excel.

Every show is different, but entertainment is key which is why so many clubs and festivals book them time and again. You will laugh; you may cry.

Support will once again be provided by popular local duo, MamwiG.

Remote working: Where to set up desk space overseas