BROMSGROVE-born producer and actress Trudie Styler, who is also the wife of popstar Sting, has praised a new project aimed at encouraging more people in the UK and around the World to learn the Tibetan language.

Trudie made an emotional return to the Tibetan Peace Garden in south London for the launch of a new app created by language firm uTalk. 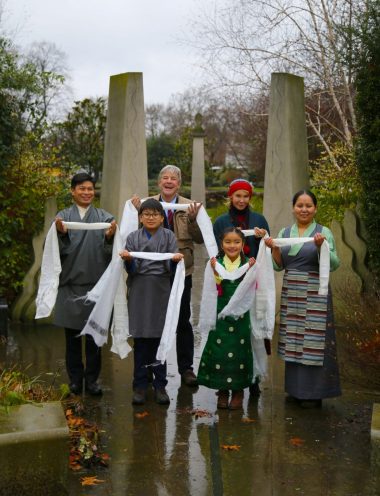 Trudie helped create the Peace Garden at the personal request of the Dalai Lama to mark the Millennium.

The ‘uTalk Learn Tibetan’ app was launched last month to coincide with the Tibetan New Year of the Pig.

Trudie Styler, a long-time supporter of Tibet (population 6million), who has met the Dalai Lama at least half a dozen times, and is herself now starting to learn Tibetan on uTalk’s new app, said: “I am sure the Dalai Lama is going to be absolutely pleased about it. 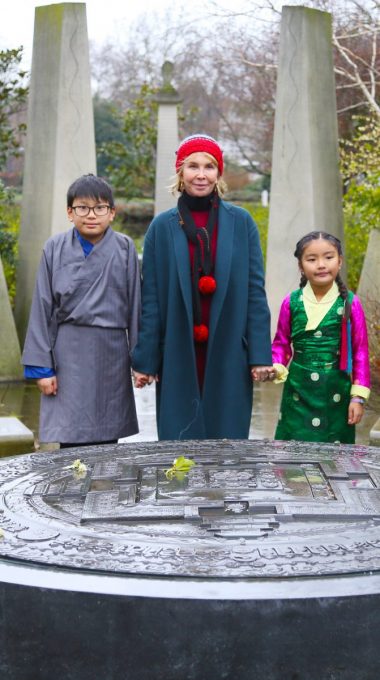 “He is a very modern man.

“He’s not somebody who looks back and looks at things through tinted eyes. He’s extremely present.

“And I think what the Dalai Lama would see is that if you immerse yourself into a language, any language, you become more tolerant, you understand more, and you understand the depth and breadth of the challenges of that society.”

Ms Styler was joined at the Peace Garden by Tibetan children, and shared with them the practice of holding the ‘khata’, a traditional silk Tibetan greeting scarf, used on special occasions including the Tibetan New Year.

She added: “I am thrilled to learn Tibetan and am very grateful for the app. Hats off to uTalk indeed! Well done, congratulations.” 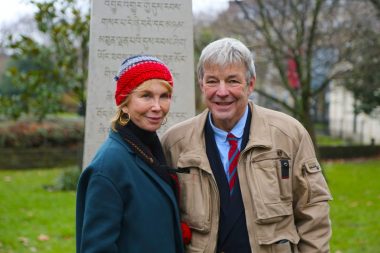 Richard Howeson, Chairman of uTalk, said: “Tibetan has always been a very special language for me, ever since I first learned about the Dalia Lama when I was seven years old and dozens of our customers have been asking us to add this beautiful language to the uTalk app.

“I’m obviously thrilled that we have now been able to launch it to mark the start of the Tibetan new year.

“And to have the approval of the Official Representative of His Holiness and also Trudie Styler’s support makes it very special.

People wanting to learn Tibetan can download the free uTalk app at utalk.com/app or visit https://utalk.com/en/store/tibetan to find out more about Tibetan.