BROMSGROVE Sporting have announced that their all-time goalscorer Jason Cowley, has signed for League Two side Stevenage – after three years with the club.

Scoring 107 goals in 127 appearances, the forward was an integral member of the squad that won three successive promotions, but departs the Rouslers having helped earn them promotion to the Southern Premier League Central. 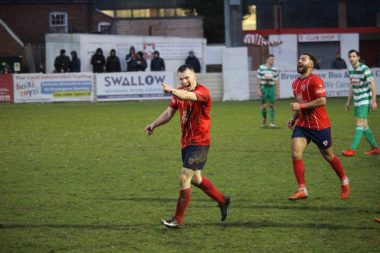 Gaining widespread attention from the eyes of the footballing world back in March for a wondergoal scored against Corby Town, it seemed a matter of when, not if, he would become a Football League player – but today that dream has come true for the 23-year old.

You won't see many better goals than this this weekend. What a goal from @SportingFC's Jason Cowley! pic.twitter.com/NDxX90tE8a

He admitted his life-long dream has been realised, having become a professional football player for the first time in his career.

“It’s been my dream since I was six years old and now I have achieved it, I want to progress more and become better and better.

“I can’t thank the club enough for helping me get to where I am today.

“I have loved every single second I have been here, all the fans have been amazing since I scored my first goal against Pelsall Villa three years ago!”

He paid tribute to the management at Bromsgrove Sporting during his time at the club, and said: “Bren, Andy, Mike and even Smudge (Paul Smith), who got me to the club, have done nothing but help me get to where I want to be and that’s playing full time football. 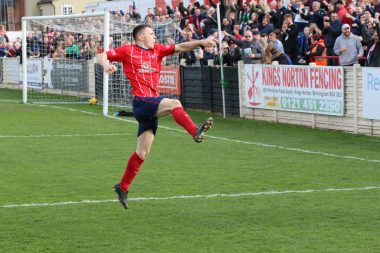 “The club will be forever in my heart and I will always class Bromsgrove Sporting as home.

“Thank you for the best three years in my football career.”

Find some of the reaction to the move below:

I knew this day was coming – gutted to lose @jasoncowley9 but absolutely delighted for him more so – well done j , hard work starts now bud – thanks for all your efforts @SportingFC legend , it’s been a pleasure helping u and working with u ?⚪️?⚽️

Great news , he always wanted it and now the hard work really starts so good luck Jase go and smash it ??