BROMSGROVE Tennis Club won trophies across the board at the Herefordshire and Worcestershire County Championships held at Manor Park Tennis Club in Malvern.

Many of the club’s juniors competed in the competition with winners from 8&U to the open men’s tournament. 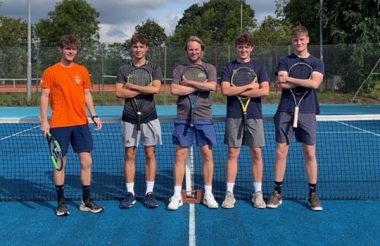 Ruben Chelvarajah-Lopez won the boys 8&U and the 9&U titles while Owen Perry and Tom Round took the boys 16&U doubles title.

The battle of the Bromsgrove Tennis Club players came in the 18&U section with Joe Hart beating Stuart Shannon. It was a fine margin with Joe edging the match tie break to win the title.

Joe and Stuart won the boys 18&U doubles and Stuart Shannon won the men’s county title with a straight sets win over Billy Wright in the Final.

Bromsgrove Tennis Club’s head coach James Griffiths said he was proud of all the players. 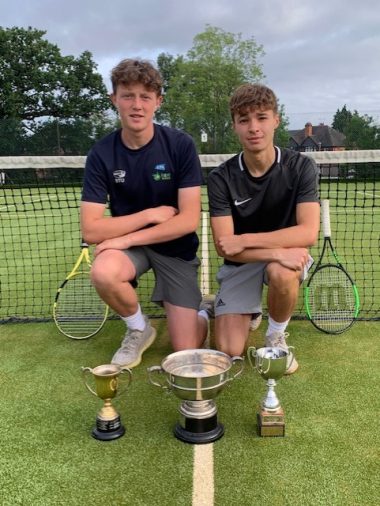 “This was another great event for the juniors at the club,” he added.

Bromsgrove Tennis Club is looking for the young star players of tomorrow.

Small group coaching sessions are now available at the club for children aged four and over.

“The coaching team has already nurtured several outstanding young tennis players from this area who are now making their mark on the national junior tennis circuit.

“But even if it’s just for fun, tennis is still a great activity for developing the skills and confidence children need.”

Free taster sessions and free tennis club membership is available for children up to (and including) the age of eight.

IN PICTURES – Unbeaten Banbury too strong for Sporting