A SOUTH Bromsgrove High School student will take to the stage in one of the lead roles in Guys and Dolls at Birmingham’s Old Rep theatre, writes Charlotte Tomlinson.

Rui performed in All and Sundry’s Jack and the Beanstalk pantomime in December and starred in the BMOS’ production of Chitty Chitty Bang Bang at the Alexandra Theatre.

Rui’s mum Cathy said he was very excited about his latest role, very enthusiastic about his future as a theatre performer and he hoped to work in TV and film in the future.

Cathy is immensely proud of him and what he had achieved so far, adding she saw his flair for acting when he appeared as an elf in a play at his primary school. 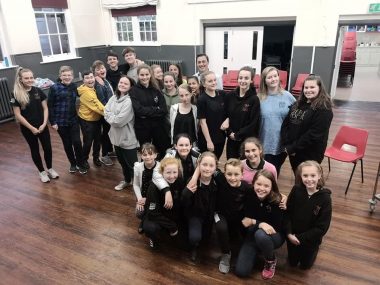 Rui has recently been accepted into the renowned Birmingham Ormiston Academy (BOA) for performing arts.

Visit oldreptheatre.co.uk or call 0121 359 9444 for more information on the show and tickets to Guys and Dolls.

Birmingham Youth Theatre is eager to hear from any new recruits, aged eight to 18, to join its ranks.

No experience is necessary. Visit birminghamyouththeatre.co.uk for more details.